You are here: Home / Antichrist / America under the Imperial Roman Eagle

America Under The Imperial Roman Eagle

by Dorothy A. Seese

The imperial eagle is the emblem used by both Rome and the United States, a bird of freedom and power, but also a bird of prey. How fitting.  A television series I recently watched on Rome's technological advances, engineering excellence, and moral perversion made a direct comparison between the USA and Rome, something that surprised me just a little since it was shown on a rather popular educational channel.

Rome's arches made possible engineering feats centuries ahead of their time. Roman roads still exist, in part, centuries after the fall of the empire.

America's transcontinental railroads, automobiles and airlines, use of laser technology and nuclear capability have made possible a republic wealthier than any since Roman times, stronger than its neighbors around the world, and now more to be feared. Sadly, the corruptive seeds inherent in the possession of power have made it a target for a fall equal to or greater than that of Rome. 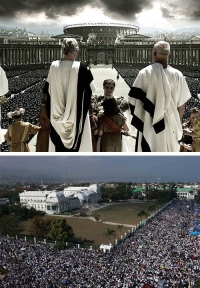 While New York symbolizes the financial strength of the US, more fictional than real due to our enormous debt and interdependence on other nations, a precalculated condition brought about by the modern Visigoths who control international finance and demand cooperation from the US, Las Vegas symbolizes Pompeii, the riotous living capital of the Roman empire.

Millions of people, American as well as foreign tourists, flock there to indulge themselves in every vice and leave behind billions of dollars for the luxury of such an experience.

The exotic hotel complexes, more lavish than anything Pompeii could have offered, showcase restaurants where dinner for two costs the revelers over $300. And that's just dinner. It isn't difficult to drop ten to twelve thousand dollars for a single weekend in Las Vegas.

Romans lost their identity in the growth of the empire. Roman citizenship became conveyed on any and all who would swear allegiance to, or contribute money to, the emperor's treasury. Being a "Roman" came to mean being a non-slave or a non-barbarian (generally those who spoke Slavic or Germanic languages). By so diluting the identity of Romans as being what we today regard as Italians, the empire grew weaker as it grew larger, and each language group became minimally bilingual ... Latin for business, the native language for all other purposes. This cultural dilution was encouraged by the Roman emperor and his court for the purpose of gaining finances to protect their extensive borders, but every time they succeeded in gaining money, they lost power and became bankrupt. When they could not pay their huge standing army, it deserted. In the US, we're cutting and have cut our military strength, yet our military is still efficient if allowed to be so. It's being used up, decimated in fact, by useless foreign wars in places where we are accomplishing nothing. Not even Rome began a campaign with nothing more in mind than to lose! However, not all is lost in our wars-for-nothing, other than the lives of soldiers who are as expendable as Roman soldiers or worse, the gladiators who died in the arenas of public entertainment. The US has a multinational military/industrial complex that benefits financially, at the expense of the American taxpayer, from supplying the military and gaining large contracts for "rebuilding" devastated areas, at best a ridiculous notion from an imperial standpoint. But, this is a different age and has been since the Marshall Plan. The presence of US troops is a hollow shadow of the protection once offered, and our armies are expendable if they accomplish a presence that allows the construction contracts to proceed.

That isn't capitalism, it is tyranny and tyranny at its worst, disguised as capitalism. Huge monopolies form an elite that has allied itself with the global governance elite of bankers and financiers at the expense of human lives and the destruction of the Republic.

Romans, in the period of the Republic, were quite religious folks, dedicated to several deities borrowed from Babylon by way of Greece. While this is no endorsement of their pagan deities, at least the people did have some higher authorities, capricious as they were, to please. In America, founded by devout Christians seeking religious freedom from the Anglican church (those Mayflower folks), churches were built, universities and theological seminaries built to teach the essentials of the Christian faith, doctrine and practice. Whatever criticisms we might have of their intolerance for other practitioners of the Christian faith, this nation was most certainly colonized by those who were devout believers in the Christ, the Bible, and the simple Christian life. 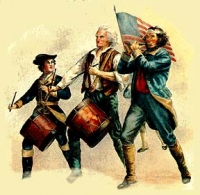 The founders who organized, fought and won the American Revolution had respect for if not total belief in the Holy Scriptures. The idea that the vast universe just "big banged" itself into existence would have been called heresy or worse. The intricacies of design obvious in all things, and the interdependence of climate, crops, pollenization, growth cycles and times of restoration were sufficient to satisfy most colonists that man is not an accident but a direct creation of a personal God who demands accountability from His creation. While cigars were tolerated, homosexuality was absolutely forbidden by law and punishable by that law.

However, just as Rome tired of its deities and began to ignore them, Americans of the late 19th and 20th centuries tired of God's absolute rules, considered them restrictive and regressive, and thus began to chip away at the foundational Christian principles of our founders' government. The Supreme Court was used/misused to end prayer in schools, approve of abortion as a woman's "constitutional right" and is now faced with whether it shall redefine marriage to include any union. Even Rome, with its rampant homosexuality and pedophilia, never attempted to redefine marriage! While marriages were often matters of money and convenience, they were always between man and woman. In that regard, the Romans were just one baby step ahead of the United States and its redefinition of marriage.

Christianity thrived in the Roman empire, so much so that Nero found it convenient to pin his little bonfire on this "new sect" of religionists and use Christian captives as human torches to light his patio parties. 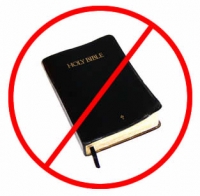 In America, we are not far from having our Bibles banned as "hate literature." Why? Because it condemns fornication, adultery, pornography and homosexuality. To condemn such can be construed as "hating" or "propagating hatred" of those involved, which happens to be a growing segment of Americans or persons living in this country. The supposed 80% of Americans who declare they are "Christian" is either a totally skewed figure or the pollsters selected their samples from the American midwest and the South. If 80% of our people were Bible-believing, obedient Christians, this nation would have had a revolt at the first Supreme Court decision in 1962 removing prayer from the schools.

Only weak, careless, pew-warming churchgoers who attend for the sake of appearances would have allowed such an attack on the practices of our nation since it was a British colony to prevail.

Instead, our church are figuring out how to "get with the program" and bring in more people for more money, more offerings in the plate. Rather than serving the poor, they build grandiose buildings to "honor" God, but they are honoring the god of mammon, not the God of Abraham, Isaac and Jacob, not the Great "I AM." Thus, the United States, with the Imperial Eagle at the forefront, marches straight into the abyss with Rome and its predecessors that have been left in the dust by history. Babylon, or the "spirit of Babylon" jumps from one empire to another seamlessly, with its greedy commerce, false religion and corrupt politics.

Just as it was with Rome, is with the United States, so shall it be with the One World Government, the final age of human government that will incur the final judgment on man's inability to govern himself or live apart from the evil nature within him. I have loved my country. My government lost my respect in 1965 and thereafter, a-whoring after other nations for the sake of a few unscrupulous millionaires claiming "free trade" in the stead of what should have been called treason. America's resources were great, they have been wrongfully exploited and much of our land is owned by those outside the United States, non-citizens, whose interests are to take and not give, to ruin what we built before non-citizens were permitted to own property in the United States. Many patriots want to take back the United States, thinking that we need only fight the present government. That is limited thinking. Patriots would have mercenaries from all over the world, courtesy of the United Nations, ready to kill any American who rises up against this unjust and debauched system. There is but One with whom these wealthy profligates have to deal, and He will deal both justly and swiftly. Those who fear Him have nothing else to fear, not even the demise of America as we knew it. After all, this life and the lifespans of nations are purely mortal, and the greatness of God's Kingdom is eternal. Revelation 11:18 And the nations were angry, and thy wrath is come, and the time of the dead, that they should be judged, and that thou shouldest give reward unto thy servants the prophets, and to the saints, and them that fear thy name, small and great; and shouldest destroy them which destroy the earth. (KJV)