The United Nations held a world conference on climate change from December 7th to 18th 2009 in Copenhagen, Denmark.

On the surface this conference appeared to be organized to bring the leaders of nations and political, economic and environmental leaders together to agree on positive action to address 'global warming'.

This conference was set against the backdrop of embarrassing “climategate” revelations where leaked documents, emails and computer models from the University of East Anglia exposed the fraudulent belief that mankind/ human activity is to blame for rising temperatures and changes in climate. The scientists involved knew that research showed that their ideas are incorrect and not supported by data. The leaked information revealed that they colluded to withhold scientific information, interfered in the peer review process to prevent dissenting scientific papers from being published, deleted emails and raw data so that they couldn’t be revealed under the Freedom of information Act and manipulated data to make the case for global warming seem strong.

Many esteemed highly qualified scientists and researchers dispute global warming data. In fact over 700 scientists from several hundred institutions representing many countries in the last 20 years have contributed papers stating that the earth was far warmer in the Medieval period. But at Copenhagen the validity of the climate change message was not up for discussion. Unfortunately many in the scientific community have sold out to this theory in order to attract funding for their own research [the majority of funding comes from government]. Projects only receive funding if the applications contain the phrase ‘in relation to climate change’.

Before Copenhagen began Lord Christopher Monckton conducted interviews and seminars in the US trying to warn people about the hidden agenda behind this. The Treaty being offered to the nations of the world was not about climate change but instead the opportunity to bring in a One World Government. 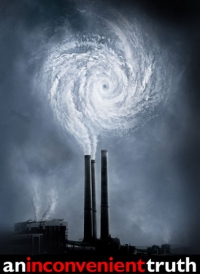 Ten years ago people who warned about a coming New World Order were regarded as deluded or misguided conspiracy theorists.  But now we have a situation where influential people are quite open about their goals. For example in a speech earlier in the year Al Gore (An Inconvenient Truth) talked about the necessity for global governance. Also Ban Ki Moon, Secretary General of the United Nations keeps referring to a global governance structure with a global carbon tax at the core of this. European Union President Herman Van Rompuy stated after the Copenhagen conference that the first step toward global management of the planet had been made.

Godfrey Bloom, Member of the European Parliament for Yorkshire and the Humber in his address to this Parliament stated that the whole global warming issue is nothing but a sham and that the whole situation is all about wresting political and economic control of nations by big corporations and powerbrokers such as the Rothschild’s, Rockefellers, Shell, Siemens and others.

The Telegraph Newspaper on December 20th published an article about the Chairman of the IPCC [Intergovernmental Panel on Climate Change] Dr.Rajendra Pachauri’s conflict of interest. He is a very vocal advocate of climate change and a scathing critic of scientists who oppose this view. He has a PHD in economics but no qualifications in climate science. At Copenhagen he used a graph with unsound information to support his views. He also happens to be the Chairman of TERI [The Energy and Resources Institute] which was set up by Tata Steel in 1974, a hugely influential corporation based in India. The Telegraph stated that he has a wide ranging portfolio of business interests with groups that are investing big time in organizations that stand to gain from IPCC recommendations.

Under the 200 page Treaty presented at Copenhagen over 700 plus new bureaucracies would be created, a global carbon tax would be levied and there would be new taxes on food, travel, finance and energy [a 2-10% tax on all fuels]. Also a 2% tax on the GDP of each country which, for the US would amount to at least half of the entire defence budget! These new taxes would not go to the United Nations but into the coffers of the IMF, World Bank and powerful elite corporations. This is how the One World Government would be financed.

Added to this once a nation signs the agreement they cannot leave it unless they have the agreement of other members which would be unlikely. Penalties for non compliance for developed countries are included. This One World Government will not be elected; it will control the distribution of resources, population numbers, the media, every aspect of your life and it will be a dictatorship.

Revelation 13: 16: And he causeth all, both small and great, rich and poor,
free and bond, to receive a mark in their right hand, or in their foreheads:

Revelation 13: 17: And that no man might buy or sell, save he that had the mark,
or the name of the beast, or the number of his name.

The media are presenting Copenhagen as a place where there were minimal results but critics see it as a spectacular failure. However what was established behind the scenes was the mechanism, structure and funding for world control. A body was set up called the Copenhagen Climate Green Fund where all the funds collected from nations will go. An amended Treaty will be available for signing in Mexico next year.