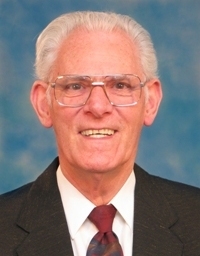 Born in Melbourne, Australia in 1927, Conner became a Christian at the age of 14, and served in the Salvation Army until the age of 21. From 21, he became a pastor for a number of years.

In 1972, he moved to Portland, Oregon, USA to serve with Dick Iverson at Bible Temple (now City Bible Church), where he taught for a number of years. In 1981, he returned to Australia and from 1986-1995 pastored Waverley Christian Fellowship.

Conner was dean of Portland Bible College in the 1970s. His books appear in prestigious bible college libraries across the world (including Harvard Divinity School and Princeton Theological Seminary) and are used as textbooks at a number of colleges. One of his most significant researched works is collated in the book "The Book of Revelation (An Exposition)" an A4 bound hardback research document of some 667 pages.

Kevin Conner is married to Rene. His daughter, Sharon is married to Frank Damazio, who is now senior minister of City Bible Church in Portland.