You are here: Home / Political Control / THE INCONVENIENCE OF TRUTH

THE INCONVENIENCE OF TRUTH

It’s funny, but in America it is always the “right” that is accused of censorship. Whenever implications of burning books or attempts at squelching free speech are made, it is always the “conservatives” that get the blame. 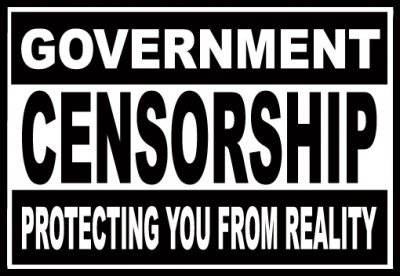 I don’t know where that ruse got started but it is time we pinned that tail on the right donkey.

The left are the most intolerant, mean-spirited, unfair vermin that one could ever associate with. Their whole philosophy is based on lies, and the perpetuation of those lies, no matter what the evidence shows.

Viewpoint discrimination is the club that the intolerant-ones wield. If they don’t agree with your position they simply prevent it from being presented. The idea of “informed debate” is something that is anathema to them. Not only won’t they allow “the other side” to be presented, they deny there is another side. Their ideas win the day because they only allow their ideas on the field.

The whole Tim Tebow situation is the latest demonstration of the hypocrisy of the left.

Heisman Trophy winner Tim Tebow has stepped into America's most contentious legal debate.
The Florida Gators football star plans to appear in a Super Bowl commercial funded by a Christian values group that critics say will send an anti-abortion message. The ad, paid for by Focus on the Family, is expected to recount the story of his mother, Pam Tebow's, pregnancy in 1987 with a theme of "Celebrate Family, Celebrate Life." After getting sick during a mission trip to the Philippines, she ignored a recommendation by doctors to abort her fifth child and gave birth to Tim, who went on to win the 2007 Heisman Trophy while helping the Florida Gators reach two BCS championships.

Always remember this; in the mind of the leftists words mean the opposite of what we think they mean. Tim Tebow’s mother suggests women should “choose life” but the bloody thirsty “pro-choice” crowd thinks that is the wrong “choice.” And how do they respond? Do they try and present facts as to why abortion is the “best choice?” Why no; they just don’t think Tim and his Mom should be able to present their “choice” as an option for women. In their polluted mind to be anti-choice is to be anti-woman.

Perhaps I missed something, but I think Tim Tebow’s Mom is a woman…

Abortion is the only choice for women. Any other “choice” is “bigoted” and “intolerant.” But which side is intolerant? Are the Tebow’s trying to prevent “pro-abortion” information from being shown? Of course not. Like all defenders of truth they are more than willing to allow the other side the opportunity to join the debate. But the left doesn’t want to debate.

They simply think other viewpoints should be censored. And it is not just with the abortion crowd. Look at education. The left, which has a death grip on education policy, has elevated “viewpoint discrimination” to a new level. Ponder these examples and ask yourself why we allow this bilge to go unchallenged. The idea that a Creator is responsible for our existence on this planet is not even permitted to be discussed in the classroom. Hiding behind the “religion is not science” argument the Darwin-worshippers will not even permit the mention of Intelligent Design to be uttered in our “public schools.” Although recent studies show that over 75% of the public believe that they were “created”, the left will still not even allow the theory to be discussed along side their own “closely held religious beliefs.”

Really now, how could any well rounded education be complete with out at least a cursory understanding of the theory of Intelligent Design? Why would we not permit both theories to be presented and allow the student to determine for himself which one seems most plausible?  Nope, can’t have that. The left is not pro-choice when it comes to education. They are not very “tolerant” of opposing theories.

The left is for indoctrination, not education. How else can you explain the homosexualization of the curriculum? Under the banner of Sex Ed, or Health, or “bullying” homosexuality is being elevated to a protected people group in this nation. Although the curriculum is replete with examples of why homosexuality is a good thing you will never find as part of the “education” the negative impact of this behavior. In America’s schools homosexuality is accepted, while Christianity, and its values, is silenced. No good “leftist” would ever allow the “other side” equal time. Doing so would be “hateful”. Lying to them is not.

As one who follows the culture war, I challenge you to find a history book in your child’s school that emphasizes the impact that Christianity had on the founding of this nation. Are they told that George Washington ordered Bibles to be distributed in our schools? Or that the Articles of Confederation ORDERED that “religion and morality” was a requirement for all states which wished to enter the Union? Have they read Lincoln’s Second Inaugural address which is replete with Biblical references? Do they cover any of this?

Don’t count on it. The left must remove Christianity from the debate in order to undermine the liberty that Christians died to defend. Most of the issues that the left holds as sacred collapse anytime opposing viewpoints are given equal standing. Pro-choicers are not for “choice.” If they were, they would want women to be able to make an informed decision. Choice is not their goal, child murder is.

I remember when our daughter had knee surgery a few years ago. Before she was able to agree to the procedure the surgeon gave her a video that she was required to watch. It was a video that explained the entire surgery, what the Doctor was going to do, what the recovery would be like, as well as some complications she needed to consider. Abby watched the video and proceeded with the operation fully confident in her choice. 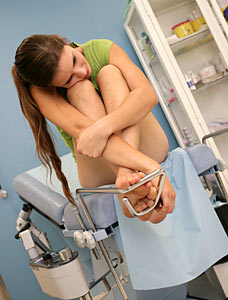 Wouldn’t you think that “pro-choice” folks would show the same concern for the women they claim to care about? Wouldn’t it be prudent that before they had an abortion the women had to view a video of one? What if this video showed the actual procedure, what the fetus was able to do at this stage of development, as well as a warning of post-abortion trauma that many women experience? If full disclosure is important for knee surgery, wouldn’t it be more so for such a “difficult decision” as abortion?

But then again, the ghouls are not interested in choice; they are interested in promoting abortion. They always mean the opposite of what they say.

Have you noticed Al Gore’s behavior when confronted by Global Warming “deniers?” Has he asked them to pull up a chair and make their case? The communists in control in Washington are no better. Cap and trade is good for America. So are healthcare reform, Climate change, bank bailouts, and government ownership of formerly privately-owned businesses. Anyone who raises any questions regarding the veracity of their “research” is met with cat calls of “irresponsible, homophobic, racist, reactionary, ex-nude model, teabagging supporter of violence against woman and against politicians with whom he disagrees,” as Keith Olberman recently did.

The reason the left has been so successful at moving their agenda forward is because they have waged a war of censorship on any information that contradicts the “truth” as they see it. In their world, criticism equals hate and disagreement is evidence of racism.

At some point we are going to have to awaken to the fact that the left could not care less about the truth. Their rules say there are no rules. The end justifies the means.  They are only interested in winning. They will not permit the truth to get in the way.  Conservatives think the truth is important. The left thinks truth is inconvenient. If the left doesn’t believe it then it can’t be true.