You are here: Home / Finance / Balancing the Books in Banking and Bureaucracy – Part 3

Balancing the Books in Banking and Bureaucracy - Part 3 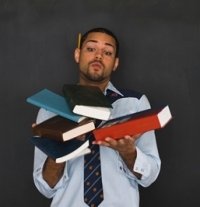 There are some very disturbing trends and situations arising now as a result of the crazy so called rescue package that has been initiated by the United States government and particularly the Obama administration.

These very tenuous objectives are not only disturbing but extremely unintelligent and short minded in their global impact assessments.  Let me explain; when you as an individual are in dire straights facing a crisis of one sort or another, one attitude and position you must refrain from turning toward, and that is short term fixes. The history of mankind is rife with the accounts of men and women, governments and armies alike, who for a momentary relief resorted to a short term, little thought out response. You have heard the old adage “IF IN DOUBT DON’T” . Well that is the very thing that the US has resorted to here, and we have not seen the last of this foolish short term fix. 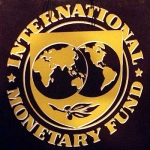 It will now haunt them down and they will ultimately pay the price for this stupidity, as we also will ourselves, as we, as a nation in Australia have followed the same warped International Monetary Fund advice and demands and the US example. Who actually is the I M F and World Bank?

….. None other than the same bloated
fat cats German Jewish Banking Families
who run the Federal Reserve Board
and the central Banks.

Talk to any six year old child who desires something to satisfy his delight for refreshments and tell him to go buy himself an ice cream. His immediate response will be either, “yes I will, as I have the money to do so “or, “I don’t have any money, therefore, can you give me some.

To which your reply would be, Yes, or alternatively something like this; child if you want something then the first thing you need to learn in life, is never purchase something you can not afford. Yet the folly of our modern society has now learnt to live on credit and not only to live on it, but to continue to expect and demand it. But we all know you can only draw down what you actually have in reserve.

Once that is gone you are utilizing and using someone else’s reserves. Once those are expended then not only you but the ones whose capital you devoured now go down with you and it all collapses like a pack of paper cards.

We should know as the scripture has been warning us over and over again, that we must not get into debt and live beyond our means, but who listens to that old time, nonsense any more. NO ONE. I have heard it preached and at one time before I started checking everything against the scriptures as I do now, I accepted and taught some of it myself. That is until I began to read verses in the Bible, that instructed me not to owe any man anything. Others such as, do not gather your treasures into barns and then buy bigger and bigger barns. Also others, like do not become a servant to those who would loan to you because you then become controlled by them, and again “be content with such thing as you already possess.” Do we believe those scriptures, I doubt it.! So we then suffer the consequences of our disobedience to these Godly instructions.

One of the absolute obnoxious facts that justify much of this ungodly and unscriptural way of living today, is that our modern Christianity has been seduced into these diabolic teachings by unscrupulous charlatans and apostate gold digging snake oil salesmen, known as prosperity preachers. Christianity was not always motivated by money as it is now, on the contrary, go back just a generation maybe two at most and you will find, true spiritual fathers and gospel preachers, trusted God for their survival whilst they preached and served their God given calling. These money and greed heresies, did not just appear; they slithered in over time, unnoticed by most, just like the serpents they represent, beguiling us with the promise of power and influence and leadership. They certainly did not encourage nor espouse the message of humility, submission and sacrifice. All the time they were weaving a web beneath our feet and lacing our feet to it, whilst at the same time convincing us, this false platform is not illusion but actually real These heresies with their lure and enticement captivated us as they found favour with men and mind, especially in the upper echelons of church leadership. The reason we now see the humiliation and decimation of Christ’s church is because we suffered this deception and tolerated it, all in the name of evangelism, with out raising a voice to ask, is it right, is it Godly is it Biblical. We encouraged those who are now deceived and by our unwillingness to speak out, bound them to these errors and enamored them to preachers who simply make merchandise of them, fleecing them of all value, decency, trust and honour.

My point here is what is different with this new American administration they are doing exactly the same ungodly thing creating a false floor under the feet of unsuspecting citizens who have never taken the time to study or learn how biblical and business economies differ. The stupidity of contemporary Christianity has been to sanction everything we do in church by the same principles that operate in business. Now look at what is happening to that predatory and self centred reasoning, all the failed enterprises and their CEO’s are being handsomely rewarded for their efforts. Surely that aught to tell us something, such as change direction and thinking, but it will not. 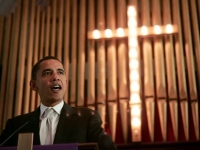 So as the scripture itself warns us “That which comes first is that which happens to the natural ungodly man, and then it has a habit of following right along after with the spiritual men”.  So guess where we are headed unless we as churches change our ungodly humanistic methodology and realize we are not businesses nor enterprises but living communities of selfless God fearing believers. We are certainly heading for disaster and destruction.

The very essence of the
LAODICEAN CHURCH.
We will self destruct.

Here below are some of the anomalies which are now appearing as blatant cracks and holes in the so called safety net and stimulous package. In order for many of the smaller nations which have become hostage to these unscrupulous Bankers and their bottom lines they are having to seek help and support from other nations. Take Iceland for example they hit the wall with such an earth shattering impact that overnight they were absolutely insolvent and bankrupt. What could they do the only thing any one in that same position could do and so they did it. They sought help and funding to support their collapsing nation. The requested help from the USA but guess what Iceland was a money laundering nation through which the US Federal Reserve Board filtered money and financial securities on a grand scale, In short they used and abused Iceland so they refused to come to her aide so then what could Iceland do but turn to Americas enemies for a helping hand and who was That. Russia and did Russia turn her down? No, Russia came to her side and backed her failing economy. So guess where Iceland’s allegiance now lies. You guessed it, Russia and do you think Iceland will support America again, I THINK NOT! The USA just created another enemy and betrayed and ally. Iceland is now in the Russian Bloc sector.  Just like Venezuela who defied American claims for her oil and turned to the Communist world for support and protection and in turn became an enemy of the good old US of A. Cuba is another I sure understand how the hatred came about between America and Cuba but the fact that it has carried on so long is nothing short of a joke.

But the reason why is simple the same reason as given above rather than negotiate a settlement to rivalries as the scripture instructs us we would rather harbour our hurts and cry injustice resorting to ancient tribal payback and retribution, in other words make them pay don’t forgive don’t you know we could never be wrong or even thought to be wrong. Stinking Human or should I say devilish pride.

Obama,  like this administration here in Australia, is just putting off the evil day hoping it will fall upon another generation to pay the debt, our children and we ourselves have accrued, because of our greed. But it will not happen, someone has to pay the ferryman and pay him we will. Maybe, just maybe there is a hint of some fast creative accounting, here being foreshadowed. I think there is. Let me explain. It is creative Wall Street accounting that got us into this mess.

Could it be there is a method in their madness? Here is the hypothesis, If the United States Deficit is so large that it could never be repaid then how about this…. Run the nation into such debt that every man woman and child is so indebted, he can no longer survive without government support and assistance. Then make the people so desperate that they have no option, but to grant total control to a banking messiah who will solve all our debts, somehow, even by printing more money. (What we do not know is that this very scenario is being outworked before your very eyes) The only problem with this solution is that each time you double the supply of paper money that goes into circulation, you halve the original purchasing power of the money already in existence. The next step in this scenario is, by devaluing the currency, by increasing circulation you inevitably create hyperinflation where your money is worthless. That is what is happening now in the USA, Australia and all round the world. But, let’s project this scenario even further, by doing this more and more, everyone who has wealth now because of hyperinflation, has none. Their money is worthless they are now poor. Ultimately then you cancel the dollar currency and introduce another currency called the North American union AMERO (which they are about to do). Finally by cancelling the old Dollar currency as it is worthless, you also cancel the debts that are attached to that currency as they are now worthless as well, so they become totally unclaimable not able to be redeemed. The currency goes the debt goes, and you have a new currency with no debt attached to it and the added bonus is that now every one is subject to your financial system and dependant upon you and you alone. The absolute finishing touch to this scenario is that you can make everyone subject now to the electronic version of exchange with an identifying mark and you now have totalitarian control over all international finance and mankind