You are here: Home / Deception / Christian Yoga: Is There Such A Thing?

Christian Yoga: Is There Such A Thing?

We live in days of deception as inferred in the Bible.

Matthew 24:4
And Jesus answered and said unto them,
"Take heed that no man deceive you".

1 Timothy 4:1
Now the Spirit speaks expressly,
that in the Last Days some shall depart from the faith,
giving heed to seducing spirits, and doctrines of devils; Of concern is a growing trend particularly in America but one that is also touching other parts of the world is the development of so called ‘Christian Yoga’.

Devotees believe Jesus Christ is their ‘guru’ and that yoga is just another spiritual discipline similar to prayer or meditation … that stretching and yoga postures carried out to Christian music provides a vehicle for worship and relationship with God. 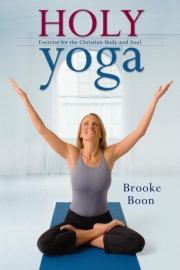 Brooke Boon, the founder of Holy Yoga has been a yoga practitioner since 1998 and combines yoga practice with Christian music and reference to the word of God. Yoga is regarded as a discipline not a religion. 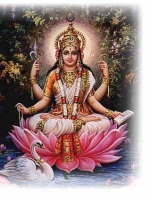 However yoga is Hinduism. It is defined as traditional physical and mental disciplines originating in India and it is one of the six schools of Hindu philosophy. Yoga is an integral part of the Hindu religion. The word ‘yoga’ in Sanskrit comes from the root ‘yuj’ meaning unite, join together or yoke, leading to the union of human with the divine all within self.

Christians are being deceived through the belief that it is perfectly acceptable to 'Christianize' Hindu practices of yoga, chanting Christian terms such as ‘Jesus’ or ‘Amen’ as their mantras and that God would bless this.

Hindu yogi’s (yoga teachers) themselves confirm
that yoga cannot be separated from Hinduism.
For example Yogi Baba Prem has stated categorically
“there is no such thing as Christian yoga.”

The physical stretching and positions carried out in yoga, such the cobra or lotus etc, are not just physical exercises. Chakras (centres of spiritual energy in the body) are released. These seven chakras are defined as occult centres of life and consciousness in the spine and the brain which enliven the physical and astral body of man. The seven chakras focus on self: Christians, in Scripture, are required by God to “renew our minds” (Romans 12:2) …not to empty it, as is the practice with yoga relaxation and meditation techniques. Breathing techniques may assist with relieving stress but this practice of Yoga – whatever it may be labeled, opens the door to the demonic spirit realm.

This allows demonic forces, in the form of so called ‘energies’ to have a legal right of presence in your life as you exhale and inhale while applying this demonic practice. Hinduism is based on the belief that man and God are one – in other words ‘self worship’.

Christianity requires man to love a Creator God external to himself … with the focus 'God', not 'Self'!