First we had “Climategate”... Now we have “Glaciergate”, “Pachaurigate” and “Africagate” ... and numerous other associated scandals. 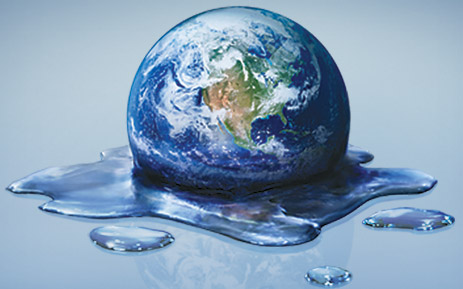 Each of these scandals reinforces to the world that the whole notion of "Global Warming" is really all about money and power, not care of the Earth.

In an IPCC report to the United Nations two years ago claims were made that most of the Himalayan glaciers would vanish in 25 years. It has now been revealed that these claims were not based on scientific evidence but instead a cell phone call to a little known Indian scientist and an article in a climbing magazine. There was no robust scientific evidence.

The head of the United Nations body – the IPCC Dr. Rajendra Pachauri is now being investigated after allegations were made that he had a conflict of interest, building up his personal worldwide network of business interests benefiting from policies he promoted. Also in his position as Director General of TERI (The Energy and Resources Institute) he was able to ensure this organization would gain financially from policies he formulated and promoted ...  e.g. The receiving of funding of 10 million pounds (sterling) over the following 5 years ... courtesy of the British taxpayer.

An IPCC report in 2007 claimed that global warming could cut North African crop production by up to 50% by 2020 but there was no evidence in the report to substantiate this claim.

The report apparently came from a Canadian "Think - Tank" ...  not a validated and peer reviewed scientific journal.  Pachauri, however, has widely made reference  to this claim in his may public speeches.

On March 1st 2010 the scientist involved in the climategate scandal has stated publicly that it was standard practice to withhold data if it didn’t support global warming ideas.

Underlying the Global Warming philosophy is the desire to limit human development, limit freedom, give governments more power and control population. It is a vehicle for destroying industrialized societies and in particular the middle class. This whole belief system is an attempt to bring in one world government; it is a Satanic counterfeit and a distraction to what is really happening in the Earth.

We should be more concerned with what God says about the signs of the times we live in and what will happen.

For Example: The Drying Up of the Euphrates River

And the sixth angel poured out his vial upon the great river Euphrates; and the water thereof was dried up, that the way of the kings of the east might be prepared.

On July 14th 2009 it was reported that the Euphrates River in Iraq was drying up. Rice and wheat fields along the river have turned into dry land and fishing boats sit on hard river and canal beds.  Combined with drought, the drying up of the Euphrates River is having a profound and traumatic economic, sociological and ecological impact. These wetlands, formed from the joining of the Tigris and Euphrates Rivers have been inhabited for more than 5,000 years by peoples believed to be descendants of ancient Sumerians and Babylonians.

The Shifting of the Magnetic North Pole:

Isaiah 24:20
The earth shall reel to and fro like a drunkard, and shall be removed like a cottage; and the transgression thereof shall be heavy upon it; and it shall fall, and not rise again.

Isaiah 13:13
Therefore I will shake the heavens, and the earth shall remove out of her place, in the wrath of the LORD of hosts, and in the day of his fierce anger.

The Magnetic North Pole was first located in 1831 near King William Island, Canada.  Documenting movement of the magnetic North Pole occurred in 1904 where it was noted that the Pole began shifting northeastward at about 15 kilometers per year. The Pole is now close to Ellesmere Island in Canada. In 2007 it was discovered that movement of the Pole had sped up, to be 55 - 60 kilometers per year and heading towards Siberia. There is concern amongst scientists about what this means for the earth long term i.e. a polar shift. As well as the shifting of the magnetic pole there is also the aspect of the shifting of the earth’s axis. The February 27th 2010 Chile earthquake is believed by NASA scientists to have shifted the earth’s axis by about 8 centimeters. Earthquakes involve shifting large amounts of rock several meters, changing the distribution of mass of the planet.  8 centimetres may not seem significant in terms of the earth's scale, but consider the small degree to which a car wheel needs to be out of balance before increasingly uncontrolling 'wobble' can cause a motor vehicle accident, or consider the extent of effect an 8 centimeter navigational error can have on a space launch or lunar venture.

For nation shall rise against nation, and kingdom against kingdom: and there shall be famines, and pestilences, and earthquakes, in divers places.

For thus saith the LORD of hosts; Yet once, it is a little while, and I will shake the heavens, and the earth, and the sea, and the dry land.

There is a big difference between global warming (a theory which blames human activity and CO2 emissions for warming the planet) and climate change (where climate you usually expect to experience each season now differs or is extreme).

And he changeth the times and the seasons: he removeth kings, and setteth up kings: he giveth wisdom unto the wise, and knowledge to them that know understanding.

Statistics and records show that there have been changes to the Earth’s climate. Last year the United States experienced record snowfalls, particularly in Oklahoma and Texas and record low temperatures especially in North and South Dakota. Europe has experienced unseasonably heavy snow and ice over recent times and China had the coldest winter on record in the last 100 years in 2008.

In January this year hundreds of records for daily minimum temperatures were broken across the eastern two thirds of the United States e.g. Minnesota recorded -38°C. India, China, Nepal and Bangladesh have all experienced freezing temperatures and In the Himachal Pradesh region of India snow fell on January 3rd – a rare occurrence.  Meanwhile parts of Australia were experiencing record temperatures – it reached 42°C during the day in Victoria, NSW, South Australia and Western Australia.

These changes taking place are ‘signs of the times’ we live in.  It is important for Christian believers, aware of the context of these changes in terms of Biblical prophecy, to take a balanced overview and to focus on the truth that God is in control, and not be taken in by the plans of the enemy.