You are here: Home / Church / Leadership in the Church

Leadership in the Church

One church has been in the headlines in the past few months because of its authoritarian leadership style.

However we are members of one body, we are in fellowship with one another. When one member of the body hurts, we all hurt.

We need to realise that even if there are problems in different parts of the body we can’t ignore them and say it is not our problem.   This problem of authoritarian leadership is not unique. Not just in this church, but in many others, people accept a level of control that is not in line with the Word of God.  I believe that part of the problem flows out of a lack of understanding on two important points - what is the Church, and who is its Head.

This lack of understanding partly comes out of the way the Bible is read and preached in the church today, and from people not knowing what the Bible actually says on these issues.  Often in controlling churches like this the preaching is done by “proof texting” (that is, taking a verse out of context) to support any argument we want. It is all too easy to say “this is what this text means” when it actually means nothing of the kind. I believe we need to have more systematic or expository teaching in the church. Systematic preaching in the church enables people to know what the Bible says and to read its words in context.  So when they hear something that is off the wall, they can say, “that’s not right – we know the Bible doesn’t teach that!” We need to understand this, because through wrong teaching people can come into bondage and take their eyes off Christ.

Secondly, there is a lack of understanding of the purpose of the Church.  Someone has said – wrongly, I believe - that the Church is the only organisation that exists for the purpose of its non-members.  In reality the Church exists for Christ.  And unless we love and worship Him first and above all else we cannot reach this world. Our first priority then, as we gather together, is to worship the Lord. 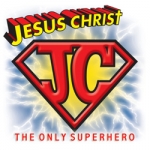 There is no other superhero in the Church other than Christ. He alone is worthy.  He is the Head of the Church.  The Church is literally the people of God. It is not an organisation, it is not a structure.  It is a living, dynamic body, with the power and the life of the Holy Spirit flowing through it. The Holy Spirit is there, revealing Christ and releasing the presence and power of God into our midst.

We also see in Paul’s letters what we called the ‘gathered church’.  We can’t all meet in one big church worldwide - that is physically impossible.  But God does put us into communities and the gathered church, as we see in Ephesus, Thessalonica, and Colossae. If we look at 1 Peter 5:1-4 in the NIV, we see a reference to shepherds, but also to the Shepherd.  So whoever is in church leadership is a shepherd under the Chief Shepherd.

Remember how Jesus instructed Peter after His resurrection? In John 21:15-17 He asks, “Peter, do you love me?” three times.  Then He says “feed my sheep.”  Note the emphasis:  “tend my lambs, feed my sheep.”  The sheep always belong to the Chief Shepherd.

So the key role of a church leader is to feed the people of God – to instruct them in the Word.  Paul instructed Timothy to teach sound doctrine “in and out of season”. This is how the saints are built up - through the preaching of the Word.

The Characteristics of a Leader

A leader must have good character and be able to teach and feed the people.  Jesus’ question of Peter, “do you love me?” suggests leadership comes not out of duty, but out of a heart of love, a love for Christ.

Two types of shepherds are mentioned in Ezekiel 34. Some shepherds were using the sheep for their own gain, to make themselves fat, rather than being a servant to them. God says, "I will raise up a shepherd after My own heart" - and gives that description of Christ the Chief Shepherd. In leadership, whenever we start to use people for our gain, vision or purpose, we step over a boundary. I know of one church in which you can become a VIP member, pay a $25 enrolment fee and $8 per month, and out of that you can download their teaching.  Many other organisations do the same thing, but I want to sound a warning here.  If God has given us a message for the people of God, we can never sell it. We may be the one who delivers it, but it is never ours to sell or to make money from.  Now in some situations there may be a cost in delivering it, and that’s different.  But we are always here to feed and to serve.

He continues: “I commend you to God and to His word of grace, which is able to build you up and give you an inheritance among those that are sanctified. I have coveted no-one’s gold or silver or clothes.”

Paul is saying, here is my example. “You yourselves know that these hands have ministered to my own needs, and to the men who were with me.” 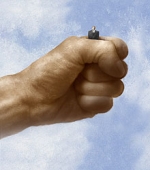 Peter says in 1 Peter 5:3 “...not lording it over those entrusted to you, but being examples to the flock.”  To “lord it over” people is to behave like a control-freak.  We hammer people to submit, submit, submit. You must dress like me, you must speak like me, look like me. I tell you what to do and when to do it. I am the boss, I am the apostle. But submission to our leaders must be voluntary, in a spirit of freedom.  Covenants that bind people to church leaders are not in that spirit, and it is simply wrong to suggest that if people break any such covenant they come under a curse.  Jesus has set us free from curses.  And the Bible says in Galatians 3, do not be bound again into bondage.

A person who draws people after himself is likened to a predator in Acts 20:29. Paul says,

“I know that after my departure, savage wolves will come in among you, not sparing the flock, and from among you yourselves a man will arise, speaking perverse things to draw away the disciples after him”.

People don’t start off this way, but it is a danger we need to be aware of. The role of a church leader is always to draw people to Christ – never to himself.  When a preacher like this says “follow me” he’ll often quote King David, or Moses or someone else from the Old Testament. But such a leader denies the essence of what happened at Pentecost, where the Holy Spirit was given to each believer, making us all priests and ministers unto the Lord.

According to 1 Peter 5:5 humility and servanthood are keys to leadership.  Jesus exemplified this by washing the disciples’ feet.

1 Peter 5:3 says, “…when the Chief Shepherd appears, you will receive a crown of glory”.  He is our reward, and He is the one to whom we are principally accountable. But as shepherds we also need a team of elders to whom we are accountable. In Titus and Timothy the role of elders is described. Sole leadership of the body is not advocated. Some may say, what about Paul? Paul was an apostle/evangelist who taught and planted, but never actually pastored any churches.

Secondly, he was sent out by the church in Jerusalem.  He regularly reported back to them, when there was a theological issue, as we read in Acts and Galatians, he did not say, “I am the apostle, I make the decision”. He went back to the elders in Jerusalem and submitted the issue to them. Then he submitted to their decision.

As a pastor, I happen to have a strong personality, but my safeguard is to have men and women around me who can challenge me and pull on the reins when this is needed.  It is a dangerous situation when a leader surrounds himself with ‘yes’ people, or when he puts himself on a pedestal and says, “I am the man of God”.

Our main responsibility as shepherds is to feed and guard and protect the sheep which belong to Jesus. The Church, which was purchased with His own blood, belongs to God, and never to us. We are in ministry not because of what we get out of it, but because we love the Lord.  And what a privilege it is to be able to serve Him!