You are here: Home / Deception / Craig Venter and the Nature of Life

Craig Venter and the Nature of Life 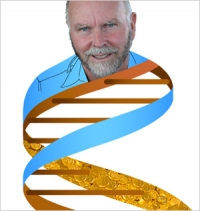 The world has its first synthetic cell, and the question 'what is life?' is more relevant than ever! Craig Venter may not be a god, but when he makes an announcement, the world shakes.  In 2000, the "dazzling showman of science," as he has been called, announced, with U.S. National Institutes of Health scientist Francis Collins, a draft mapping of the human genome.

So momentous was this announcement that not one but two world leaders -the U.S.'s Bill Clinton and the U.K.'s Tony Blair -felt the need to participate.

Now a decade later, Venter has done it again with the announcement that scientists at the J. Craig Venter Institute have created the world's first synthetic cell. This announcement also caught the ear of world leaders, as President Barack Obama fired off a missive to the Presidential Commission for the Study of Bioethical Issues, giving it six months to prepare a report on the promises and perils of synthetic biology.

Environmental groups were also quick to respond to the announcement, with some calling for a moratorium on such research, and other suggesting some form of regulation is in order.

And in response to the news that Venter "created"
a synthetic cell, officials with the Catholic
Church warned scientists not to forget that
"there is only one creator: God."

Many of the concerns expressed are not unreasonable, though they aren't without hyperbole either. To see this, let's review what Venter actually did.

Venter's team of 25 scientists mapped the genome of a bacterial cell on a computer, modified it, broke it into 1,100 pieces and synthesized the pieces using four chemicals. They then assembled the genome fragments, and transplanted the complete genome into a cell that had had its genome removed. The synthetic genome was then "booted up" and the new "synthetic" cell began self-replicating.