The second feature in a series on 'Freedom of Speech'
By S. Anderson The advent of the internet has opened up the world to the sharing of information and provided a forum of expression for anyone with access to it. People can share opinions, facts, upload videos and social news through websites, blogs, YouTube and social networking sites such as Facebook and Twitter, for example.

The internet gives people a voice to express personal opinions on a variety of subjects such as political comment.  However as with anything there will also be opportunities for abuse. Unsavoury and explicit material is also available on the internet and parents have a responsibility to monitor their children’s internet use and safety.

Countries such as China have moved quickly to block and censor internet access to their citizens. However, in the West unrestrained access and the freedom to express opinion has been an accepted right inherent in a democratic environment.

However things appear to be changing ...

... Changing not for the better as politicians would have us believe. Unfortunately the laudable goal of ensuring our children don’t have access to explicit material is being used as a cover for greater control and censorship. In February the New Zealand Government through the Department of Internal Affairs quietly turned on an internet filter system. As an indicator of things to come in that same month in New Zealand ISP’s (Internet Service Providers) who use Asia Netcom for international internet traffic selectively blocked news websites such as Infowars.  Woosh, Orcon, Slingshot, Telecom and Ihug users were affected, being blocked by a router in Sydney. The block was only removed five days later after a raft of complaints.

Internet censorship is already in operation in internet cafes, libraries, workplaces etc in the United States and across the world as a matter of course. Signs outside internet cafes in London (see photo to the left) now warn users that they can be reported to the police and face criminal charges if they access “extremist”, “offensive” or “inappropriate” material although what constitutes as “inappropriate” is not made clear and open to interpretation.

Nations across the western world from Australia/New Zealand to the USA, UK and parts of Europe are moving on a unified front toward a more dictatorial approach to internet censorship. The idea of an internet biometric ID card to get online has been mooted in the US and UK. People’s internet usage would be monitored. These governments talk about changing over to a ‘safer internet’ as opposed to the one we have now which they want to shut down. Four categories are given for removing material and creating a ‘safer’ internet.  These four categories are:

Non mainstream news websites, such as 'Omegatimes' fall into this last category. A so called ‘safer’ internet is one that is government controlled and administered.

This is demonstrated in the treatment of Wikileaks which is banned in many countries and whose founder Julian Assange recently returned to Australia only to have his passport confiscated as he arrived in Melbourne, bags searched and was subjected to questioning, like a criminal. His passport was later returned with very little explanation. 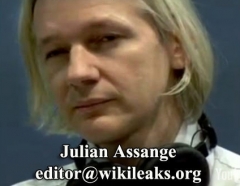 Currently he is being sought by
the Pentagon in anticipation of
what information he might
release on his site and Daniel
Ellsberg, a well known whistle
blower has indicated that
Assange’s life is in danger. In the United Kingdom The Digital Economy Bill was hurriedly passed during a late night session in April 2010.

It is a draconian piece of legislation; giving the government the power to restrict or filter any website that is deemed to be undesirable for public consumption and oblige ISP’s to block websites requested by the government or downgrade a person’s internet access.

The Secretary of State is given the power to make up as many new penalties and enforcement systems as he/she likes without Parliamentary oversight.

Copyright laws are also tightened in this legislation and sites likely to infringe copyright can be blocked.

In other words they can block your
site in advance, even though you
have not done anything wrong!

Private contractors could be employed to not only block sites but monitor people’s internet use and ultimately pull the plug. Under this law Wikileaks could be effectively banned. ISP’s will also have to keep records of emails and online phone calls and store these for twelve months. Lord Mandelson, the author of this legislation is an associate of Nat Rothschild, which should send alarm bells ringing. A further indicator of the elites thinking on the matter is illustrated by Senator Jay Rockefeller’s comment that it would have been better if the internet had not been invented and that people should only have access to pen and paper instead; no doubt to make it easier to control the masses.

At present America controls the internet through the Domain Name System (DNS) and the servers that serve the internet. They are managed by the Internet Assigned Numbers Authority (IANAC) under the Department of Commerce. Over recent times the United Nations has been pressing for control of this system under an international body but so far this has been resisted. It may only be a question of time as we head towards One World Government and the New World Order. 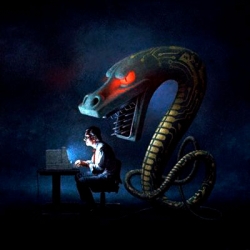 Many people expressed dissatisfaction with this bill so it was redrafted and it has now been submitted to the Commerce, Science and Transportation Committee. Dissatisfaction still remains with the redraft.

Provisions contained within it give the US President new authority to declare a “Cybersecurity Emergency” and order the limitation or shutdown of internet traffic to and from any federal government infrastructure information system. Nongovernmental networks could be shut down by the President.

This legislation in conjunction with HR5175 The Disclose Act which was introduced in May 2010 represent an attack on free speech. This Act seeks to stifle grassroots activism, particularly around election time.  Under this Act if a group or individual mentions a public official within 60 days of an election they are required to file disclosure of membership and donor information. It is designed to ensure freedom groups cannot mobilize their members to lobby candidates before elections.

Another example is France where the LOPPSI Bill gives power to the State to order ISP’s to block sites. 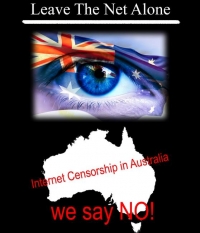 In Australia on 15 December 2009 the government announced the third version of their Mandatory ISP Level Blocking Policy. At the moment the Australian Communication and Media Authority (ACMA) has the power to enforce content restriction on internet content hosted within Australia and to maintain a blacklist of overseas sites which is then provided for use in filtering software.

As of June 2010 the legislation had not yet been redrafted to enact the policy of mandatory filtering but the intention is to mandate that ISP’s block adults access to content on a secret blacklist, complied by a government agency that the government deems unsuitable for adults.

All it will take will be a complaint about a website to the government agency to have that site blocked. The Safer Internet Group and Google representatives have not been successful in obtaining a meeting with the Minister Stephen Conroy to discuss this proposed legislation and any alternatives. 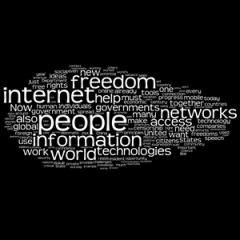 For people around the world, but particularly those in the west it is time to raise a voice against this insidious attack against freedom of thought and expression before it is too late.

Those who oppose this threat need to make their feelings and thoughts very clear to prospective elected representatives, especially in those places due for elections this year.

The third article in the "The Death of Free Speech" series by S. Anderson
will be on: "Oppression of the Christian Voice within Society and the Media"