You are here: Home / Eugenics / By Brian Hay: Eugenics and Population Control – Part 1 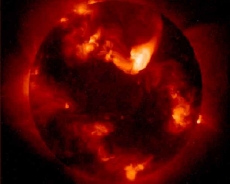 It is with great concern and with a degree of fear upon my heart that I write this article. The fear I refer to is not something that will necessarily affect my life directly maybe it will.

But even that is of no concern to me, as my view of life is not looking back over this world but a view looking forward to eternity, where my actual destiny awaits me.

You see, my fear is not generated toward or for myself but toward the following generations and this next one in particular.  I am not convinced there will be another generation beyond that, which will consist of folk who will see out their entire lives as the way I see things now.  It will not be long before Christ returns and the conclusion of all biblical prophecy takes place at the predicted end of this world. I know I open myself up to all sorts of criticism and conjecture but folk who have done the research and the intense biblical study I have undertaken for over forty five years will, I think, agree with me if their eyes were open to the true facts. I am writing this article from the central hub of the European Union in the city of Brussels where we are in residence at the moment and will be travelling out from over the next five weeks.

We will be spending four days in Luxembourg, another very strategic city in the Union, and influential in this present world’s politics. Then we travel to Hungary, Bulgaria and Rumania, spending three or four days in each nation before returning to Brussels.

The point of this fore going comment regarding some grave fears I have, concerning the immediate future, is what inspired - or I should say compelled me to tackle this difficult and volatile subject. I am not against Jewish people in any way as I believe the Holy Scriptures show God’s intense love for them, yet it is against the truth of God to suggest that he has favourites or shows partiality to even one nation or individual above another. The subject matter about which this article is presented, to which so many have taken opposing positions, both for and against, is extremely complex. Yet without doubt the scenario does exist, consisting of a real web of deceit, intrigue and incredibly powerful manipulators who have masterfully spearheaded a devious plan to subjugate mankind using a dictatorial distortion of the sacred Jewish Beliefs.

Because it is such a sensitive issue, most will never even discuss the facts surrounding it, for fear of being labelled seemingly anti Semitic, hate orientated, and a religious vilifier. This tenderness of subject matter is what has allowed certain wealthy political opportunists to develop their agenda by hiding behind its sensitivity, knowing few will discuss it. Their cover is their obscurity and secretiveness, their persuasion is their elitist mystical creed of Jewish cabalism, their passion is divine Luciferian authority, their power is their wealth, their strategy is their code of silence and their success is assured by the public’s fear of them.

As Marcus Tullius Cicero once commented: “A nation can survive its fools, and even the ambitious. But it cannot survive treason from within. An enemy at the gates is less formidable, for he is known and carries his banner openly. But the traitor moves amongst those within the gate freely, his sly whispers rustling through all the alleys, heard in the very halls of government itself. For the traitor appears not a traitor; he speaks in accents familiar to his victims, and he wears their face and their arguments, he appeals to the baseness that lies deep in the hearts of all men. He rots the soul of a nation, he works secretly and unknown in the night to undermine the pillars of the city, he infects the body politic so that it can no longer resist. A murderer is less to fear. The traitor is the plague."

These international puppet masters, utilise controversial and volatile contemporary issues involving us all, to which they recognise most of the populace will respond, by avoiding the contentiousness confrontation and most times the animated argumentative but necessary debate. Therefore the result always concludes in allowing, by default, the will of the most vocal and strong to usurp and impose their personal political will, by dictate and forced upon the masses. The result of all this is totalitarianism and slavery by a group of insanely insecure power hungry self imposed Emperors and Caesars. They weave their web of deceit and distraction confusing the common man by relating together in invisible covert cabals, schooled in obscure black arts, code words, signs and philosophical ideologies. Under the cover of anonymity and discretion they very deviously play out their preordained desires behind the scenes while the world is oblivious an unaware of what is subtly taking place.

A major article appeared in a leading newspaper while we were here, and its attention gathering format illustrated a large group of middle aged and younger men and women alike from each of these European nations mentioned above, as well as others, raising placards in protest outside a major government building. On the placards were written several illuminating slogans which revealed the very core issues of their complaint. The largest and most pronounced was written in English and stated, "Spare the world and choose to die". My mind immediately began to analyse the question, how can a group of people only one generation removed from the holocaust of WWII and here in the same geographic region from where it all originally occurred, not realise the evil ungodly agenda unfolding here. The earth was created for man, not the sickening reverse psychology that is being fed to the ‘sheeple’ today, suggesting that, Gaia, ‘Mother Earth’ is a living goddess whose existence and being, demands worship, complete submission and adoration. This is simply eastern mystical New Age nonsense dressed up in an ecological and naturalistic pagan cloak. I do not accept that our western culture of greed and abuse of nature is correct, or that God will not demand of us retribution as a result of our absolute neglect and rape of the resources on earth that He entrusted to our care as its stewards.

I believe the way we capitalists in the wealthy nations have plundered and abused the God given heritage to which we were given advocacy will have to be addressed and accounted for. For this reason I do not endorse our western approach of ignoring the cries of nature and its animal kingdom which is quickly being eradicated and replaced by towers of concrete erected as monuments to our achievement and success.

But I do not endorse this nature worshipping extremism of tree hugging, animal worshipping stupidity either.

Fascism and Nazism are very much alive.  People do not realise they were not abandoned to history and the archives of the past. They were secretly given life stimulus and entrance into the public and political halls of the present, by such men as Prescott Walker Bush, George W Bushes grandfather who was a very influential Nazi supporter, who lived right through the second world war inside Germany and who made a fortune from it.

Bush and John D. Rockefeller were very much part of the management of the company called Standard Oil which supplied all the oil to the Nazi war machine to keep it running on land and sea. The present Pope was also employed, by a subsidiary German Pharmaceutical company which partnered with Standard Oil shortly after the start of WWII. 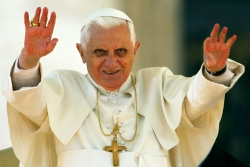 That same corrupt pharmaceutical company I.G. Farben Ltd mentioned above, manufactured the gas that was used to asphyxiate the simple Jews and others in the gas chambers under Hitler.

There were many other extremely wealthy German Ashkenazi Jewish families and individuals such as the powerful banking cabals of J P Morgan, Paul Warburg and his brother Max.

They, along with Prescott Bush and others, were charged with treason for trading with the enemy, but it was all swept under the carpet and never came to trial. Jacob Schiff and Rothschild’s infamous empire have all worked for both sides to make money. They have no loyalty but to their own obscene fascist allegiances.

Rockefeller owned another oil company called Occidental that later became powerful by relabelling Russian oil purchased from Stalin in Russia and selling it on the US market as Iranian crude, these greed crazed subverters of all decency have absolutely no scruples at all, to any one other than themselves yet they are allowed to dictate the political direction of wealth and governmental power right round the world and they make no secret of who the deem themselves to be, GOD MEN