You are here: Home / Science / Mind Control: The Zombie Effect 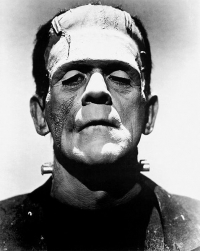 Dr Igor Smirnov of the Russian Academy of Sciences is often referred to as a father of psychotropic weapons. At the age of 28, he became the head of a laboratory  in Russia’s 1st Medical Institute. He is the author of numerous sensational discoveries. Back then, he was faced with a task to "create" human-geniuses capable of becoming great scientists, magnificent inventors. Smirnov main goal was to make those people use the reserves of their own psyche. 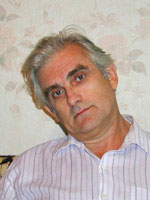 "I allow for the possibility that perpetrators can and do use such methods to manipulate one"s conscious for the purpose of creating terrorists-kamikazes," stated Dr. Smirnov in his interview to MK. Professor Igor Smirnov was in fact the worlds first man to get into the human mind by means of a computer.

Back then, society was completely unaware of the so-called Shakhids. Now, the most logical comes to mind: what triggers a person to commit such act of violence? How come the instinct of self-preservation fails to block one’s inner urge to destroy oneself? This was the main topic of my discussion with Dr. Smirnov.

The Explosive Oblivion ... How is it possible to erase one's memory? There exists an entire array of possible methods.

Majority of them are psychochemical. Electroshock can also have the same effect on a person.

However, nothing works better than the so-called semantic influence, when a person is given certain orders that he then executes without hesitation.

Personally, I wouldn’t want to go into details on such matters. As a result of such "outside influence", a person’s "self" gets totally blocked.

Instead, another "self" is being created. That second identity in turn can have a number of various programmed urges, such as killing oneself.

Are there many people in our country capable of carrying out such procedures?

I can’t say for sure. Obviously, the knowledge acquired at school is not enough to carry out such experiments. I think the amount of such specialists is rather limited.

Do you think you could restore people’s memory?

This is a very hard procedure. Thing is, those people will have difficult time recollecting that lost time fragment that had been torn out of their lives. We did manage to help several our patients to regain their memory partially. How to "cure" ones mind. Many still remain rather doubtful about the fact that it is possible to affect ones behavior while surpassing his conscious. In reality however, people have been doing this for a hundred years already. As far as I know, we are the first in this field of research.

Interesting as it may seem, but you are right. Similar methods have been born in Russia and American almost simultaneously; in Russia however, they emerged 9 months earlier. Our department at the institute was in fact the first in the world.

American laboratory in Michigan however is our main rival nowadays. In 1993, Americans established a company especially for me; I am currently its board member. Due to my presumptions however, I refused to stay there for good. Many of my colleagues have immigrated a long time ago and now lead pretty comfortable lives there. Unfortunately, our inventions are not in high demand in Russia.

Is it possible to defeat terrorism? Only informational war is capable of defeating terrorism completely. And we possess this weapon.

Peoples' actions can in fact be controlled by unnoticed acoustic influence.

The words are indistinguishable to your conscious; however, your unconscious can hear them clearly.

If we were to play this music over and over again on the radio for instance, people will soon start developing paranoia. This is the simplest weapon.

An image can also be coded. After 12-14 minutes the information begins to get into one’s conscious. Our department is the only one in the world that possesses such instrument of informational war.

However, no one seems to be interested in it. Several years ago you were trying to lobby a law that would protect people from unendorsed interventions into one man’s psyche. Where is this bill now?

Mr. Lopatin from the Security Committee used to work on the bill concerning informational-psychological security back in 2000. However, he is no longer a delegate; and the law is nonexistent. Russians remain unprotected from such concealed message that could be "hiding" in the media.

There is no state control over the works in psychotechnologies whatsoever. In the meantime, USA approaches this subject much better. More than 140 universities conduct thorough research in this area