A woman accused of leading a cult that has damaged the lives of scores of people is working as a psychologist with vulnerable patients at a community mental health service in Queensland.

Natasha Lakaev’s Universal Knowledge organisation was offering courses until last year that prophesied the world would end in December 2012 and almost everyone except her devotees would die.

The Australian newspaper 'The Sunday Age' that features this article goes on to state that a former member of her inner circle, Carli McConkey, has told the newspaper that Ms Lakaev was physically violent and psychologically manipulative, and had persuaded her followers that she was the Queen of Atlantis, a reincarnation of Jesus Christ, and one of 12 members of the Intergalactic Council of the Universe ... continued 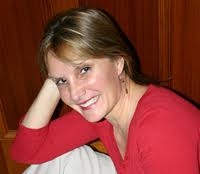 Ms Lakaev is now working as a
government-employed psychologist
at the Ashmore Community Mental
Health Service near Surfers Paradise.

However, after The Sunday Age raised questions about her history, Queensland Health agreed to investigate the claims against her, and invited ‘‘anyone with concerns’’ to raise them with authorities.

In a separate but related article by the Sydney Morning Hearld, it states that in 1996 Carli McConkey joined a New Age personal development group called Universal Knowledge, seeking clarity. Once McConkey converted to its aims, she claims the group's leader, Natasha Lakaev, manipulated her, hit her, took hundreds of thousands of dollars from her, and worked her without pay for up to 22 hours a day, seven days a week.

The shocking reality is not so much that these exploiters of the spiritually vulnerable are alive and well and seeking whom they may devour in our midst, but rather that the depraved and morally bankkrupt Anna Bligh led shambles of a government here in Queensland, Australia is taking taxpayer dollars and employing these wierdos on staff as part of Queensland Health ... even as they struggle to sort out the pay fiasco with doctors, nurses, and other employees who are trying to help the sick and weak..

To read the complete articles published by The Sunday Age and the Sydney Morning Herald - click on the links below;

Your feedback and response to this article would be appreciated