You are here: Home / Eugenics / Australian Politicians Sell Their Souls to Satan In 2008 the Brumby Labour Government, in the Australian State of Victoria, passed the most hideously Satanic piece of legislation allowing the cold blooded murder of newly born breathing, living human children in the name of Abortion Rights! This Act is pure evil!

The Act, officially called the Abortion Law Reform Act 2008, was passed in 2008 as a 'conscience vote' but with all proposed amendments rejected by the ruling Labour Party, who were driving the legislation.

The major effect of this piece of legislation has ensured that any baby born alive and capable of survival during an abortion procedure would be left to die without any medical intervention or provision of medical aid permitted ... not discretionary but MANDATORY NON-INTERVENTION by medical staff that could otherwise save the life a living breathing human being.

This is pure evil !!!
Blood is on the hands of those evil
politicians who have effectively sold their souls
to the devil by leglislating genocide - and
endorsing the murder of children on the
Altar of Sacrifice before the throne of Satan

If  'abortion' is not murder ... then 'failed abortion' in which babies born surviving abortion and capable of living are left to die then most certainly is. The issue therefore in this article is not ABORTION OF THE UNBORN FOETUS ... murderous and evil as that is ... but rather legalized  POSTNATAL CHILD DEATH and INFANTICIDE.

To not provide help to someone in need where life is at stake, irrespective of age, is a criminal offence ... unless, it would seem, that the living person is a newborn infant that is the result of a failed abortion attempt ... in which case then it is THE CRIME TO PROVIDE LIFEGIVING HELP!

"Woe unto them that call evil good, and good evil;
that put darkness for light, and light for darkness;
that put bitter for sweet, and sweet for bitter! 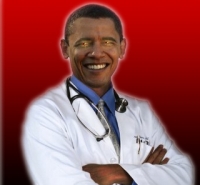 This evil legislation is so evil and depraved that it even exceeds the liberal agenda being legislatively outworked within the Obama regime within the USA , and even the eugenically regulated policies on population control exercised for decades by the People's Republic of China, which still recognises the rights of the child ... ONCE BORN AND ALIVE!

What a joke !!! ... and an unforgivable insult to the good folk within the Australian State of Victoria, who have been deprived of the true facts and implications of this legislation.

This is as a result of the sinister and clandestine tactics of subversion and deceit engineered by the architects behind this evil legislation, namely ...

The Act was passed within the Victorian State Parliament - supposedly as a conscience vote, with members not required to follow the party line - but Labour MPs were told that if they didn't vote in support of the Act that their political careers would be over.  How politically and morally corrupt is that?

the following video clip explains the full implications of the Act ...

The sad reality is that 20,000 unborn babies are killed each year in the State of Victoria.  That is 55 per day, or one every 26 minutes.

54 babies survived 'failed' abortions in Victoria in 2007 (Consultative Council on Obstetric and Paediatric Mortality and Morbidity 2007).

Since the Abortion Law Reform Act was passed in 2008 there has been a 600% increase in late term abortions in Victoria.

It is therefore fair to say that since the
Abortion Law Reform Act was passed in 2008
that at least 300 living, breathing human children
are being MURDERED each year as a result of this
hideously Satanic legislatively endorsed genocide.

Omegatimes is not aligned with any political party.  This evil legislation should have been rejected by all state parliamentarians as a matter of conscience and humanity.  That it hasn't raises the issue of suitability for certain ones who have acted to destroy human life to have the right to represent humanity within the political arena.

If you are a voter in Victoria, and are appalled by this genocide occuring in your own neighbourhood - then find out how your local member voted, and exercise your conscience independantly rather than along party lines for the good of the Body Politic.

I would appreciate your feedback and response to this article.