You are here: Home / Eugenics / By Brian Hay: Eugenics and Population Control – Part 2 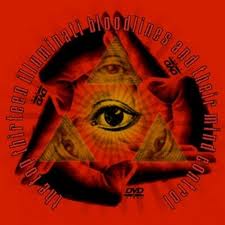 These men are all part of the super rich, are all secret society members, freemasons and Illuminist Jews!

They own the private Federal Reserve Board and control all the earths wealth and resources!.

They are all German in origin and cabalist Talmudist Jewish by belief!

They do not consider themselves to be financially secure or politically powerful because of the favour of God, but because they were born to rule the rest of us by some divine authority of rite.

The Talmud and Cabala have a very similar concept of the divine consciousness being in everything animist as the modern New Agers, and remember the Talmud existed long before the modern new age philosophy ever did. Just a new name for an old lie. They have a strange fluid interpretation of who God is and it often varies with which ever line of rabbinistic teaching you align. The Talmud itself is considered more important than the Torah because divinely inspired Rabbis who have the mind of God because of their devotion and immersion into the consciousness of Gods mystical revelations alone interpret it.  The Bavli (Babylonian)Talmud is the discussionary summary and collection of all these ancient and learned rabbis personal interpretations of what they deem the laws given to Moses in the Torah actually mean.

It is worthy of note that even the Talmudist Rabbis themselves state that Talmudism is the old Order of Pharisaism in their own words they state they are one and the same. You understand as Christians what Jesus had to say about the doctrine of the Pharisees, that neither Abraham, Moses nor God himself was the father or the originator of their self indulgent doctrine, but Satan himself.

No one can dispute the fact that some of those so called learned Rabbis conclusions, are nothing short of blasphemous and demonic to say the least. Such as the fact that child sacrifice is sometimes permitted and acceptable. That paedophilia with little children both girls and boys as young as three years of age is acceptable, That it is okay to steal so long as it is from a goy (gentile), or that it is okay to sin so long as you do it in another city where you are not known, or that bestiality is okay and that it is encouraged to have sex with demons. I know these are archaic writings and that times have changed and that you have to read things in context but you can not avoid the fact that any one , anywhere in any time era has to be defiled and warped to even suggest that these things are acceptable to a holy and righteous, just God.  If you understand the Babylonian Talmud you realise it is nothing like the torah as most Christians believe, it actually is the mystical interpretations of ancient rabbis whose lives were spent mostly in researching hidden secret formulas and mathematical and numerical sequences to find hidden messages within the scriptures.

They in turn put their own private interpretation on the scriptures which often created the exact opposite meaning to its original contextual meaning. They believe, only they, have the access to the divine truth and blessing and every other creature on earth is a lesser creation than they. We heathen, non Talmudist non Jewish are referred to as the Goy and it like the Koran means infidel or literally translated as dogs, we are considered an animal race of lower status than the animal kingdom in the Babylonian Talmud.

Their Rabbinical conclusion of us goy (heathen) is that we exist as slaves and are created as beings of servitude or entertainment for their pleasure, for every whim and fancy they can utilise us for. The frightening part in all of this, is that the orthodox Talmudic Jew is totally convinced that these things are absolutely true, yet we Christians have no idea that they actually will enforcibly endorse these beliefs.

Christians have no idea what the Talmud teaches,
and worse ... because they have no clue, they pour
money and support into these Jewish heretics
coffers thinking, that this is honouring God!

It is the exact opposite  - it is totally dishonouring to God and his Torah, which is part of our old testament Bible. Very few Christians I have met, are aware that there are two types of Jews one group who are genuine and the other who are APOSTATE to the Torah. Most Christians are entirely ignorant and oblivious to the fact that all Jews take their guidance and beliefs from one or more of three so called holy books. These are: The Torah ... our first five books of the Bible recorded by Moses along with the psalms, prophets and extra books recorded by others in the old testament corporately known as the Tanakh, make it absolutely clear they are the only writings inspired by Jehovah’s spirit.  All others are a counterfeit and forbidden to us to endorse as inspired unctions of God. Yet most Talmudist believing Jews acknowledge their Talmud as being holier than the Torah. This is total heresy to which Jesus was so opposed in the New Testament calling them Talmudist lawyers sons of the devil Lucifer, who subvert the truth and replace it with the teachings of men.

That is exactly what the writings of the Talmud are, the ancient Rabbis interpretation of Torah truth twisted in favour to them as the only elite of Gods creation who will rule the earth. Most Christians also do not read their Bibles so they have no idea of what the Book of Revelation chapter two verses eight and nine and also chapter three verses eight and nine mean or even refer to. The message it is trying to convey to us is this, that as the coming of the Lord draws near there will be many people who claim they are Jews but they are not actual Jews at all but counterfeit. They live by a different creed of interpretation and a different standard than that which Gods Divine Torah demands.

This particular group of people, who call themselves Jews, but who have no blood link to the real Biblical Jews at all, converted as a nation to the Pharisees form of legal Rabbinical Judaism around the seventh century A.D. This form of Judaism mixes following Gods laws with laws that totally contradict the Torah yet they are convinced it is acceptable to both themselves and Jehovah. The reason is because they rely on the wisdom and insight of these so called holy inspired Rabbis personal revelations yet do not ever challenge or question them. This form of Judaism is the same form that Jesus so railed against when here upon earth. Their attention was so taken up by interpretation and form they totally missed the truth or central point of it all. His comments can be more understood by the phrase “You fools and blind guides you strain at a gnat and in the process swallow a camel.” The one thing that would alarm me as an individual is that to look at the actual Torah at face value and then to compare those conclusions with the interpretations recorded in the Talmud they are so different in many cases you could drive a truck through the division.

Amazingly though no one seems to question or be concerned by it at all. Much of it is because the non orthodox leave all the interpretation to the religious orthodox, and that seems to be that.

When you read the tractates and compare the difference you realise so much of the Babylonian Talmud is so totally opposed to the actual literal interpretation of the Torah you can understand why it was never written down and why it was called the oral law and memorised so that no one could make the visual comparisons. It is only in the last few centuries that is has been put on paper for all to see and how it is different, blatantly different in places.

When you understand that it was called the Babylonian Talmud for a reason then you begin to ascertain some of the distortions with in it. It was a mixture of both the truths of the Torah but immersed in the culture and religious society of Babylon while the Jews were in captivity there around the fourth, fifth and sixth century B.C. It combines some of the mystical culture and terms of the Babylonians as well as some of its language such as the month Tammuz for example.

Much of the Talmud has within it some of the mystical references to the ancients religions of Mesopotamia and Sumerian cultures and even combines some of their teachings which leads one to conclude it is a mixture of ideas and men’s interpretations, not the direct inspired word of God at all.

I do not see how one can get around this without creating huge exceptions and compromises to allow for the Talmud’s acceptance as an inspired godly record. To me it is impossible!