This time one week ago, 10.00 am (Queensland time – 1.00 pm NZ time)  I and others were in a prayer meeting here in Gold Coast Australia, praying for revival for both nations Australia and New Zealand.

I was praying that there would be a shaking with the result that there would be a turning of people’s hearts to the love of God, and the hearing of His voice – leading to revival.  Upon leaving the meeting and turning my phone on I learned what had just taken place in Christchurch - and was deeply shaken in my own spirit.

There have been many comments, claims and theories in the week since – many of them understandably emotional and searching in terms of where God is in all of this, with a few of them incorrect, exploitive and profoundly insensitive and unwise ... even judgemental and condemning.  We may explore some of the possible  and true underling causes of the earthquake (HAARP? planetary alignment? sunspots? cumulative effects of other earthquakes and tectonic activity? random acts of nature? etc, etc) at some other time - but not now.

Christchurch and all of New Zealand is in great
pain.  We must have compassion and a desire
to help and comfort at this time, including our
brothers and sisters within the Body of Christ.

You see ... when some body suffers an injury - such as a crack on the kneecap (ouch!) the whole body feels the pain.  What does the hand do in response? ... does it point the finger in anger at the knee, and rant in a Basil Fawlty like tirade "you stupid %#*I% knee - you should be decapitated - it serves you *#!^ well right ... I could see this coming ... you, you ^[email protected](&^*#% halfwit!"

NO ..... the hand reaches out in comfort and compassion, to help relieve the damage and source of pain, and help the knee feel the love and concern of the whole body who mourns with it. 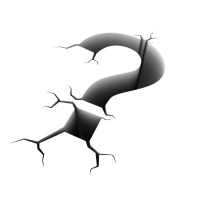 The injury may be randomly accidental, or caused by carelessness, or be the result of an attack. The cause is initially irrelevant - it's the effect that must be immediately addressed. Causes can be redressed at a later stage - rationally and objectively - not irrationally, emotionally and reactively - out of the hurt of the moment!

So ... was the earthquake a judgment act of God?  ... I believe not!  Will the spiritual results and after effects be of God?  ... I sincerely hope so in the form of restoration and unity within the Body of Christ, and with it revival.

Was what I was praying last week at the time of the earthquake make me a prophet, or some power with divine sway and influence?  ... I most certainly regard as no! ... but I do believe that what has taken place in Christchurch has a profound degree of spiritual impact which can be perceived in the spirit, providing a connection with the event at that level in an intercessory way as surely as the event can be felt and experienced in the natural.

This is a time for both New Zealand and Australia to pray for and to receive prayer for revival.  Both nations have experienced over the last six months storms, earthquakes and fires that have captured the world’s attention ... leaving many asking the question “... is this the judgment of God?” and some saying in their prophetic delusion “yes”

I have been asked to re-post a prophetic word for New Zealand, Australia and the smaller nations of the South Pacific which I delivered at an Omegatimes End Times conference in Brisbane last September. 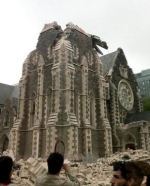 My prayer and hope then, as now, is that the results and outcomes of what happens will be measured in terms of:

ouls added to The Kingdom of God, and
♦  The Name of Jesus lifted up and exalted

... irrespective of possible events and their circumstantial causes.

The prophetic word which I brought last September 2010, is as follows, unchanged ...

A Prophetic Word for New Zealand, Australia
and the Nations of the South Pacific

"New Zealand – Aotearoa – the land of the long white cloud is the fartherest land from Jerusalem and represents the ‘end of the earth’. The name of this nation means Land of New Zeal in one language, Land of the Long White Cloud – Holy Spirit - in the indigenous language, and informally as ‘Godzone’

I believe this ... New Zealand – Aotearoa – is a prophetic nation – a voice that would cry in the wilderness – from the far ends of the earth. And from this land The Lord says "I have brought forth prophets, teachers, worship ministries and missionaries to touch the world. New Zealand is a Prophet Nation in the nature and potential of Elijah ... but New Zealand has been intimidated and challenged by a Jezebelic principality ... and withdrawn in silence and shame to the recesses of the cave.

And so I come, says the Lord, in an hour in which I say to New Zealand ‘What are you doing?' And I say to you, New Zealand ... ‘Stand on the Mountain before the Lord ... and know this .... I bring a storm to your shores ... but I am not in the Storm .... I bring an earthquake that will shake you and awaken you ... but I am not in the earthquake, and I will bring a fire that will challenge you ... but know this ... I will not be in the fire.

Hear My Voice says the Lord ... and know who I Am .... for my Glory shall come upon the face of the earth from the rising of the sun. .... The enemy has come in like a flood, and the Spirit of the LORD shall lift you up, New Zealand as a standard against him”. From your shores, New Zealand, and Australia and the island nations of the South Pacific shall I release an anointing and a move that will be the prophetic announcement of the great end times harvest. In the eyes of the world Aotearoa will appear on the horizon as a cloud the size of a man’s fist ... but know this ... there is rain coming

Two links that I consider as helpful and insightful in regard to this article and topic are:

I would very much appreciate any comments in regard to this article.  Many thanks.