You are here: Home / Prophecy / By Ian Johnson: “Acceleration into Blessing” 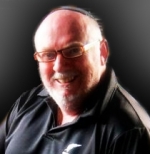 Ian Johnson is an itinerant Prophetic Revelator and Revivalist from Auckland, New Zealand after having served for many years in pastoral ministry.

For nearly 40 years the Children of Israel were in the wilderness while God trained the Slave mentality out of a people. Most think of their journey as one big dusty wander around in circles where in fact they lived in incredible glory. God was there in fire & cloud 24/7 their food was supernaturally provided straight out of heaven. Their clothes lasted for 40 years without wearing out. Their battles were won by God and all their enemies feared them because of God. . They were in a supernatural training camp where the glory was day & night.

Their language was a maintenance language and the language of boot camp. "If you Obey God He will bless you" … The what to do to maintain a relationship with God kind of language. Moses instructed them on moving camp when the cloud moved and after 40 years I’m sure they got real good at it. But as the 40 years (time of testing) was coming to an end the language needed to change. Moses started to say things like when you possess the land, when you overcome your enemies this is what you do. You are crossing over to Possess the land I have given you and so on.

There was a stirring in the camp that an inheritance promised to Abraham Isaac & Jacob was about to be revealed. You can imagine even the day to day language started to change. Hope of deliverance was in the air. They knew the glory every one of them because they had all been born into the miracle provision of God except Joshua & Caleb. They had tasted his food and his goodness, seen his glory day and night. They lived in amazing glory. But they knew in their hearts and because of the way Moses was now speaking to them that great things were about to happen.

Moses died and the day was arriving when all Israel would pass into their promise. Joshua was now their leader, this man Joshua had lived in the presence of God. it was said many times Moses & Joshua entered into the tent of meeting but only Moses came out to meet and talk with the people. Joshua stayed in the glory.  So when he started to lead he was a man full of the glory of God. Then God said things to him like " Be Strong & courageous because I will lead you. Every where your foot shall tread I will give it to you. God said go through the camp and tell the people "get ready"

In fact we need to look a bit closer at that word “Go through the camp and tell the people to get their provisions ready. On the third day you will cross the Jordan River and take possession of the land the Lord your God is giving you.” Josh 1:11 (NLT)

For us now the sound in the camp is changing and the language in the camp is changing, we have entered the third day of the Church and the time to cross over into a realm of possession and not maintenance is here. Joshua & Caleb are speaking and the voice of Moses has got quieter, although our respect for him is still strong Joshua & Caleb are inspiring us with words like "Give me this mountain"

Recently in a dream I was taken through the DNA of the times we have been living in. I was aware of the goodness of God and the plans of God unfolding, I saw the provision of God and the glory of our time in the wilderness.  Because the Church has been in the wilderness, there has been great glory in our midst as God sends all sorts of manifestations out of heaven. Many ministries have grown up and live on this manna and the distribution of the manna. Many teach about the cloud and the fire and the ways of the cloud and the glory of the fire. But the truth has been we haven't yet entered into our inheritance as Kingdom sons, We have all this glory but we still live in the wilderness.

In the dream I popped out of the birth canal and it was a "suddenly moment" The Angel that was with me declared a season of Acceleration in fact he said 148 day of acceleration (This was on the 28th Sept 2011) so the acceleration he proclaimed was looking forward into early Feb 2012.

An acceleration into what? into our inheritance into our sonship. There has been a birthing and Joshua & Caleb have stepped forward to take us in. While we know that Jesus has done it all for us we need to step into that revelation. Out of our wilderness and into our inheritance. Our language needs to change from a maintenance mode to an inheritance mode.

For Israel God had already done it all, He had told them what was about to happen and what they needed to do to step into their inheritance on the third day. In Gods mind all they had to do was agree with Him and step into the fullness of the land. Mostly Israel stepped forward and took what God had already seen for them. But there was so much that God had provided they were happy to settle into their own provision but didn't fulfill what God had commanded and what God had seen for them. Total possession of a land, he had seen them drive the enemy out and displace the old kingdom with a vision of God. But until the time of David the language was still wrong. There was a tolerance of the enemy. David changed all of that and possessed the land as God had planned several generations before.

I believe the Lord is asking us to get our language right. to align with what he has already seen for us as sons who are to possess the Kingdoms for our King. Its nothing more than agreeing with God. Its God kind of faith. In this season of acceleration we are being propelled across our Jordon river barriers, we are being mobilized by our Joshua's & Caleb's and our language needs to line up with this vision. Everything we need is on the west bank and its time to cross over into the land of promise and possess it all.

We are entering the season to build and to plant. The commission in the wilderness was to root out, pull down, to destroy & throw down. In many ways this has been my language in my messages in the past two years. But as we enter this season of acceleration the commission is to build & to plant. I am looking forward to a new sound in my messages. To quickly recap this is what we have been doing in the wilderness. It has been  A six fold commission to build the kingdom (& Nations) This was given to Jeremiah and is the Apostolic/prophetic model to build the Kingdom of God in the earth. "Behold, I have put My words in your mouth.  See, I have this day set you over the nations and over the kingdoms, To root out and to pull down, To destroy and to throw down, To build and to plant."  Jer 1:9-10

As we enter the third day we are called to change our language to draw attention to our inheritance and possess our land.

In the wilderness, it was a hammer that we had to take to structures & boundaries that were not his but had been totally accepted by the Masses, its become tradition and systems, we can move camp like well oiled wheels as we live in the glory. Many of you reading this have felt like everything you have held dear has been shattered. Take heart the language and the reality is about to change.

I see the 148 days of acceleration as the transition across the Jordon and the time in which our language changes and we begin to see our inheritance as Sons. We will need to adjust our ministries and our lives to fit the move of God. We will no longer have the same tools we had in the wilderness, it will be much better but we need to learn how to live in this new glory and possess the land.

I understand that some will still be breaking walls in the wilderness, but Joshua & Caleb have moved on and we need to learn their language.