You are here: Home / Prophecy / Steve Hill Prophecy for 2012 “Persecution Will Increase in US” 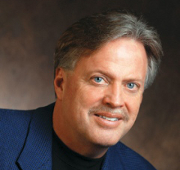 "Persection will increase
in the US"

At the threshold of this New Year, people everywhere are concerned. Escalating political, economic and social unrest have caused many, even believers, to become perplexed and fearful about the future. Jesus warned us that before His return, perilous times would come. But thank God, He has provided a way for us to not only survive but even thrive during even the most difficult of times. Allow me to illustrate.

My family and I are certified scuba divers. One of the first things I learned as a diver is that inclement weather doesn't necessarily indicate that you're going to have a bad dive. As a matter of fact, the storms can be raging on the surface, but deep below the divers are experiencing a spectacular kaleidoscope of colorful choral and tropical fish.

In relation to this upcoming year, the Lord has spoken to me of rough weather ahead. So, in anticipation, let's all recognize the stormy seas, determine to dive deep and experience the peace of God. 2012 will be a great year as we hear His voice and obey His every command.

Christians! Don't be shocked at this avalanche of worldwide events. God is omniscient and is in TOTAL control. These things, and many more, must come to pass in order to usher in the anti-Christ. Banks MUST fail in order to incorporate the one world banking system. The BIG boys will overtake the entire monetary system while the small players sit by helplessly hanging on. Giants like China and India will continue to crush the competition while the rest of the corporate world fights to stay alive.

Relax Christians! There must be a shaking and sifting before God's System can rise to the occasion. In 2012, you are safe investing in God's economy, and super-safe storing up treasures in Heaven where moth and rust cannot corrupt.

About the author: Steve Hill is the founder of Heartland Church in Las Colinas, Texas. He is perhaps best known as the evangelist for the Brownsville revival in Pensacola, Fla.