You are here: Home / Media / Hollywood Hedonistic Mindset in a Secularised Spiritual Society

Everyone has an opinion, they say, and every ones opinion is valid. Well I guess we have to confess God got it wrong and His Word the Bible is conclusively way off the mark. You might well ask me, is that what I the writer personally believe, and I would without hesitation ask in return can you not tell the difference between sarcasm and truth.

Yet looking at the attitude that pervades society and particularly contemporary Christianity today, I will concede it certainly seems like there is a very small diminishing group of folk holding a blurred and depleting line on old fashioned biblical morality and ethics not to mention the now archaic rejected values of respect and honour. 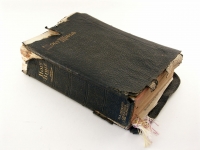 In my forty five years preaching the Gospel I have seen many things but never have I seen such things as these being witnessed at present. Such things as the frightening and insidious fusing of rationalistic and humanistic thinking of worldly reasoning with so called holy sanctified God fearing theology as is seen today. One of the main Christian doctrines preached and taught by the early church and down through history from Christ till now was the message of sanctification.

Yet sadly today it is gone from our pulpits and never mentioned any more. Everywhere you turn you hear psychology being touted as the answer to all the worlds ills and this is from Christian pulpits.

I sat with a troubled saint when he asked me to attend a counselling session with him to give him a little support. I listened as the Christian psychologist talked to him about his process of decision making and how it involves different parts of the brain. Firstly he suggested there is the process of rationalisation and assimilation, simply observing and summarising what has taken place. Then there is a secondary phase where we all have to then, determine a response. This is calculated in a different part of the human consciousness, by drawing from a set of learned actions which we may or may not possess. Those who do not possess them must subsequently be taught them. Then the psychologist suggested we must not resort to the reptilian based, ego defending instincts, which we all can resort to in times of emotional distress. This reptilian defence mechanism is another separate part of brain function, which the human mind can stimulate reaction from. Further the psychologist suggested that every member of modern society has to learn the systematic process of decision making and then how to respond and act from facts not emotional impulse.

I thought after the above experience, what ever happened to good old fashioned biblical counsel. At the time of concluding the encounter, when the  psychologist asked me for my input, I simply said the Book of James in the new testament tells us there are two sources from which we choose to draw our reactions. There is firstly the resource of the wisdom of God which comes down from above and which scripture informs us is endowed with the qualities of purity peaceability non partiality, etc etc. Whereas the wisdom that comes from beneath, is conversely sensual, divisive, devilish, destructive and full of every evil work. I said all we have to do is look at the spirit or driving motivation behind why we do things and we can very easily see from which source or kingdom we are accessing and living. Truth and counsel has become so complicated that even advice is now an academic and professionally acquired talent. What absolute garbage, what was once considered just simple basic life skill gained from maturity and experience has now become a science reserved for educated and intellectual boffins who know little about reality and street sense.

What a world we live in life is a science discipline is a crime disrespect is applauded and pride is considered a strength, while humility is considered a deficiency. All this is called being civilised and modern. The truth is, we like every other civilisation before us, that arrived at their own predetermined

State of tranquillity or empirical success, will go down in history as conceited, deluded, and will self destruct like them also. Read the history of the fall of the Roman Empire, like the Grecian empire and its leader Alexander the great and the others before it we will be no exception. Our self delusional opiate of secular humanism and our love affair with self adulation has now set in motion an irreversible chain reaction leading us directly to a predetermined destruction of society and family as we know it. History is repeating itself once more. Man seeks to become God and God withdraws from man time alone will reveal how long we have left in our fascination with corrupt and insane intellect.