You are here: Home / Antichrist / Magic … A Science, A Scam, Or A Scourge?

There is such a resurgence of magic and the occult one has to ask the question what is magic, is it as evil and bad as they make it out to be, is it as some suggest, just tapping into invisible laws of nature, that we know little about.

Or maybe it is just a figment of people's exaggerated imagination, a con, if you like, nothing more nothing less than a slight of hand trickery that eludes and deceives the untrained innocent eyes. 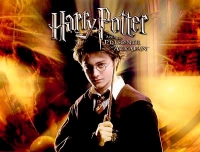 Let me attempt to explain and answer these very pertinent yet complex questions, one by one, and give a summary by way of a personal and also a biblical point of view. The one thing I will say, before I get into the discussion is, that it is not a subject, that should be shrugged off as stupid nonsense.

Magic, with all its mystical derivatives and powers, is very real and has an innate power of attraction about it, which will allure its innocent and unwitting initiates behind its facade of intrigue.

Ultimately it will entice their interest and fascination, but will subsequently entrap them in its web of falsehood and deceit.

Now lets analyze the questions one by one. Firstly is it a science? The simple answer to this question is both a yes and a no, allow me to explain. Yes it is a science in this sense. Contrary to the actual laws of science which demands a plausible reason for every result, which is termed or known as the law of cause and effect, there are some things, that can never be explained alone by humanistic rationale. Such things as an electron is it a wave or a beam. Science will tell you it is both a wave and a beam, depending on what it needs to become it will predetermine what form it needs to take. But that is nonsense how can something change itself into some thing else at the instant, prior to its future specified preference. How can something anticipate the exact unknown future and change itself into that profile needed. It cant not by logical means anyhow.

The only way the foregoing illogical action can happen is by knowing what action a thing has to take before it takes it, yet without knowing the future scenario it has to adapt to how can it then somehow anticipate what it needs to become and then change itself to accommodate it. This thesis in science is know as the theory of "Schrödinger’s Cat"

How can that be?. There is no way you can prove the scientific reasoning for this mystical action, by conventional scientific fact or calculations, so they created scientific theory and then they created the field of science known as quantum physics. Physics or ideas, theories of science that can only be imagined or quantified by imagination or concept, not by calculation. But that defies the very essence of science based on cause and effect, to which a solution has to be found and subsequently be explained. So they created this mystical box into which they place all these unusual, unexplainable, unquantifiable actions.

Mystical actions that can not be observed with the eye, but yet which actually occur so you see the results with the eye, sounds a lot like the realm of the spirit world, to me. But it would be considered heresy, in the scientific world to suggest that, so we call it Quantum Physics or a slightly different field of study which is closely related is called quantum mechanics. Maybe physical and metaphysical worlds are a little more acceptable but spirit world, Never!

So as expressed before, the answer to question one is half yes, science does have some relation to magic in that there are laws being operated both in magic and with science, which can not be explained exactly and definitively by human intellect and rational minds. In the case of science, with the particle that can mystically change, science can verify some thing has taken place, so we have an effect yet without a variable observable rational cause.

With that contradiction, we place it in our box of the weird and unexplainable and call it quantum physics, but to call it magic is a no! no! Don't insult the scientists by comparing what you can't explain as mystical or magic, that is absolutely deplorable, unforgivable blasphemous sacrilege in scientific circles. So in the real world of provable calculative science they by their rational reason would say science has absolutely no relationship to the irrational unprovable. Therefore magic is not science many would contend. Thus I ask is magic science under this immediate preceding conclusion to which I have to say NO -  IT - IS - NOT. It is different.

So the second question in this list above asks, Is magic a scam to which I have to state a similar answer, the same as the answer above, both affirmative and negative a yes and a no.

How come! Well a scam is an act of either fraudulence or an act of attempting to deceive and people who practice can be termed as deceivers and scammers in that they are attempting to make something appear real when it is not real, so in that sense magic can be a scam. Those who have their particular acts and frequently practice them are also by the term specialists in the art of slight of hand. Just another term the quickness of the hand deceives the eye, and what is that if it is not deception.

Yet the opposite is true in this case also, magic may not be a scam depending on the depth of the practitioner into the mystical arts of spiritism. Real magic or spiritism would be the better term by which it should be known is practiced by people who have really delved into and learnt the mystical dark or black arts (hence the term black magic. These areas are reserved for the trained and initiated who have given themselves over to the spirit world, and this is where you have to make the distinction between good and evil spirit world.

The good spirits are in the angelic realm under the command of God himself and as the Bible states are there for our benefit to help us as and protect us especially those who are heirs of salvation. The evil spirit world is made up of all the rebel angels who abandoned God and followed Lucifer, Satan after his ejection from heaven, hence their abode is hell and their intent evil.

So is magic a scam yes and no, all evil is a scam in that it draws you because of lust and greed in your own nature and therefore promises you a satisfaction that it can not guarantee and can never last. All evil is a scam, one way or another, it allures you in with promises it cant keep nor deliver and worse never intends to keep, because the very source of it all, magic is evil. Of the evil one himself who is  the very foundation of all that is corrupt and deceitful. But yet it is not a scam from the point of view, that black magic, can be very real and thus very seriously sinister depending on its practitioner. In other words how deeply he is immersed spiritually and involved in Satanism and black magic will dictate his evil influence.

Now for the third and final part of the discussionary question. Is magic a scourge and the unequivocal answer without even having to hesitate is an absolute unreserved yes. It is a scourge of the highest proportion. It may not be to the minds of many who unwittingly play with it, or those who blindly practice it, but to those of us who have to deal with consequences of those who are imprisoned and trapped in it yes it is nothing short of frightening. If you ever get near enough to witness the evil it perpetrates or the fear it creates or the folk and families it destroys then you can answer only one way. Magic is more than a scourge it is mask of a much more insidious evil than you could imagine and the disasters caused by it diabolic and dark without question magic and Satanism is evil and absolutely a scourge.