You are here: Home / Church / What Is Our Christian Duty To The Poor?

“What is Our Christian Duty To The Poor?”

It is rather funny how a certain cultural or religious mindset can actually blind us to obvious biblical truth, and then have us believe with absolute conviction, that we are right in what we are doing and defending, which is not the truth at all. All of us, at some time or another, have found ourselves wandering down a rabbit warren of doctrine or belief that sooner or later, turns out to be a dead end street, and we then, and then only stop and consider, how we fell for such a thing, or why we blindly accepted what we really knew in our heart was wrong. 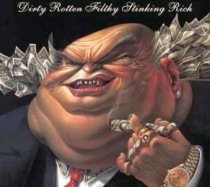 The letter of John in his Epistle, tells us "We have no need that one teach us what is truth, because the truth abides in us" (1 John 2:27) ... and we have this unction or silent witness, or conviction in our spirit, put there by God for this very purpose. It is put there, so that if any one tries to teach us heresy, this built in alarm goes off in our spirit to warn us, that what we are hearing or believing is error, not truth.

We know what is right and wrong, no one needs to teach us, the problem is we do not listen to that inner voice, when it advises caution or restraint even maybe withdrawal.

Some tell us this particular scripture of the Apostle John means, we do not need to submit to any one and be taught by another. That view in itself, is absolute heresy, as that is a total distortion of Gods Word, and not what the word says at all. Its injunction as above is to listen to the inner voice of the Spirit, through the conscience instructing us by that unction or prompting, from God as to what is acceptable or not. Other wise we will spend our effort in pursuing a thing, only to find out later it was not the truth but a distraction of Satan, leading us to believe a lie. Often these things conclude with bringing humiliation to us as to how we could have been deceived.

One such truth is mentioned in Isaiah fifty eight where it instructs us concerning fasting or actually how not to fast. I do not denigrate the biblical doctrine of fasting, I endorse and believe it, but to justify it and teach it from the basis of this portion of scripture is incorrect.

I have heard many men teach on fasting from these very verses, and if they teach what fasting is not, then it is okay, for this is what the scripture is all about in this section of Isaiah. It rebukes Gods people for saying it is the right thing to fast, even when they are living lives in total contradiction to His laws of justice and mercy.

God asks the question "Why do you fast from food and call out to me, as though I will hear you, when all the time you are pointing the finger of criticism at everyone, and living lives that are a total contradiction to all that is good." They were doing everything except that which was right and good, living in continual sin, and self righteously denying it. "You abuse the poor and needy and do not offer them any help at all the Lord chides."

God continues in his rebuke to them and declares, "The fast that I would have you involved in, is not a fast from food but a fast from your excesses of deceit and violence, so that you will abstain from sin, bigotry and self-righteous religiosity, and be practical in your benevolence to the needs of those about you. As if I would accept the former list of despicable things any way."

He continues, when you feed out your bread to the hungry, and bring the widow and orphan into your house and clothe them, and give them shelter and protection then your righteousness will be accepted and your prayer and requests will be answered, and your light and honour will become visible. When these things are made evident, the Lord says, then your righteousness will be observed both by God and man, and God will honour your service and effort, and Gods blessing and light will always be upon you.

In our modern selfish insular western society we justify selfishness, and like the people mentioned in Isaiah 58 we build fences about our properties, the moment we take possession of them, which just reveals the state of our conceited hearts. The reason being we want to have our independence from everyone else, and lock them out, and us in, and by doing that we violate the real principles of God in taking care of our fellow man.

I find it very hard as I travel the nations, because I see the poor everywhere, yet I find the Christian rich do not want to help them in any way, or part with their money to lend the poor a hand. They have all these grand ideas of how they will develope their personal ministries and then travel to the nations to personally decide where they will put their investment and giving. But they do not give it unreservedly without strings attached.

Sure they may offer the poor, a token gesture from time to time, but many only give their second best their cast offs. I have found personally as I have preached all round the world it is not the wealthy in general, that help and support you, to their very shame, it is the poor who struggle from day to day, they are the ones, who know how to give. I get so angry when I hear of the absolute obnoxious and obscene scenarios where we pay lavish fees for preachers and rich Christian motivators, and magnates whom we tout as the men of success.

Most of these are not successful in my eyes or in the Bibles view either, they are charlatans and con men building their earthly empires off the backs of the oppressed and poor. I write this article from a little house in the nation of Bulgaria, where we have been ministering amongst the poor, and I see poverty, in many cases worse that the worse cases I have seen in any part of Africa.

Does the west reach out, and help and support these people, not likely, we just continue on our paths of selfish western prosperity, and think we are poor because we don’t have the comforts of the ultra rich. We have no idea, what real poverty is, even the churches here, that are quite palatious by western standards have not really learnt the art of giving.

Shamefully every where you go you see few Christian people willing to share their lives and homes with the less privileged, they some how think it is the duty of the church, to provide this service, not the believer as an individual. So the result is, not much changes, and the poor and homeless still remain without food and shelter.

We in the west say caustically, they choose to live the way they are, and they could change it if they wanted to, so we justify our insular attitude and carry on with our disconnected and desensitized opinion and inactivity.

In the Book of Job it records this wealthy mans attitude in the midst of all of his calamity as proclaiming "If ever there has been a time, where I have not taken the poor and needy under my roof, and not dealt out of my provisions, bread and food to the hungry, if ever there has been a case, where I have neglected the widow and the orphan, then may God reprove me, and let him tear off my right arm in retribution against me.

You may think this very extreme and severe self recrimination, but the truth remains, we are responsible for the poor, and if we do not act, who then will. How can we justify heartless compassion and a gospel without works. We hear folk everywhere decry their own personal responsibility to the poor by suggesting there are agencies that cater for these type of needs.

James comments in his small but powerful Book in the New Testament "true religion, which is pure and undefiled before God and the Father is this, firstly, to take care of the widow and the orphan, secondly, to protect the fatherless and thirdly, to keep ones self unspotted from the world. Interesting order of priority, wouldn't you agree. Do we do these things, only you individually can answer that, but I do know every one of us, can do more. Will we though, that is the issue, and each one us must answer these questions personally and individually.

Finally let me make mention of this sobering and challenging fact. Jesus said many would come to him in the final day of judgement and say "Did we not prophesy, cast out devils heal the sick raise the dead and do all of these miraculous things in your name" And he will say depart from me, workers of iniquity or lawlessness and selfishness for I HAVE NEVER KNOWN YOU.

In the final summary of things at the end of time Mathew 25 states the nations will be gathered at the judgement and will be separated into two groups, one at the right one at the left. The one to the left is castigated severely in that they had no concern for the poor, the hungry, the homeless, the naked and the imprisoned while those at right found favour with the Lord because they did care and in the course of their daily lives ministered to the under privileged.

For this the Lord commended them and last of all the frightening issue is that how they ministered to the poor determined their eternal destiny. We have to decide where we individually and personally stand before God in this regard, will we open our hearts and our homes and take in the stranger.