You are here: Home / Science / THE ART OF RECREATING MAN BETTER THAN GOD

THE ART OF RECREATING MAN BETTER THAN GOD 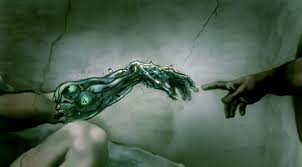 The uneducated unobservant public has absolutely no idea what is actually going on in this crazy upside down world of ours. If you dare to suggest that things are not what they seem to be, you are immediately labeled a conspiracy theorist, or even worse a mentally disturbed extremist and a liability to society. The consequences of this type of psychological segregation amoungst a passive society, has the potential to silence all controversial and anti social conversation and behaviour that doesn’t fit with convention. Further it also has the effect of isolating and ostracizing all legitimate and serious debate regarding any thing that is outside the parameters of conventional political and scientific reasoning. George Orwell’s, famous “Animal Farm” was a novel presenting these very same theories and scenarios. Actually not so much a novel as a future socially engineered program just like his other so called novel “1984”

The terrifying potential and realities associated with this type of conditioned responsive thinking, does not bare thinking about, take, for example this simple scenario, A few very sharp and careful futuristic planners, whose fiendish and insane idealism, puts them on an ambitious path of global or international usurpation and ultimately the pursuit of absolute totalitarian power. The only obstacle to their bizarre obsession is a reactionary public whose numbers and majority create a problem that demands a solution. Two alternative scenarios are imagined and the conclusions to each are devised. The first is a head on confrontation which could cause unimaginable loss of life and a far greater antagonism toward themselves, thus further alienating the public they need to pacify and disarm. This scenario is unworkable in that it may gender riots or even worse a civil war with no chance of success.

The second scenario entails creating a seeming imaginary threat and making it sound so unrealistic and far out that for the average individual to even consider this feasible, is in itself too ridiculous to seriously entertain. So the idea is couched in mystery and intrigue, then it is covertly spread through the community underground, extreme lefties are named as being the provocateurs behind it, such as the likes of Julian Assange of Wiki-leaks, and then they just add a little flavour, embellishing the story by exaggerated it ten fold.

The ultimate humiliation, of the stories defenders and propagators, is the greatest methodology to totally discredit the idea, so that when it is made public, it is treated as a total joke that only fools and imbeciles would believe. Anyone therefore that is associated with the validity of the original facts is similarly treated with scorn and mockery and finally no one will speak up or divulge what they know, true or false.

This scenario was practiced with great success under Hitler’s regime, so much so that Hitler himself once quipped “How fortunate for us that people never read but simply accept what they are told” So much so that George Herbert Walker Bush stated in an interview with journalist Sarah McClendon in December of 1992 "If the American people ever found out what we had done, they would chase us down the street and they would lynch us." link to en.wikiquote.org 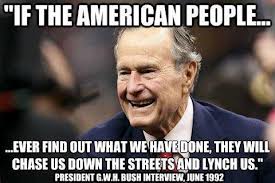 Now let me just introduce the content or subject for the first part of this article which will be followed up with several parts to come. It is a modern day creation of a semi human semi animal crossed genetic monster not unlike Frankenstein’s. This extreme future scenario is being developed at many sites and laboratories around the world and it is only a matter of time before it is made public, and I do not mean some time in the future, I mean present in the here and now. This is being perfected as you read this very article. Craig Ventor the scientist who discovered and unraveled the human DNA Genome code has categorically stated we will now create man better than he ever was or could be, better than God created him. We are now recreating man, a post human being, superior to version one, we have the capability.

Much of the journalism and reporting is so bias and uninformed as to reveal absolute ignorance of the subject as the article below states but all you have to do is get on the actual websites of people like Craig Ventor and Mr. Singularity himself, “ Raymond Kurzweil” To find the truth and they themselves declare that within twenty years there will be no pure human uncontaminated DNA people alive as all will be effected by modified foods, grains, fruits and meats not to mentioned all the other artificial ingredients we are putting into our bodies now, not even to mention gene splicing at a biological level. Add to this the fact that the US military’s bizarre experimental research department is not only promoting but actively funding and boasting of its already achieved super soldier projects.

Just how far should we go with 'Frankenbunny' medicine? May 02, 2012  Western Morning News

Dr Michael Morrison believes it’s time to debate the issue of human enhancement and ethics of science.  Is it acceptable to take prescription medicines for social rather than medical reasons? Is the 'Frankenbunny' really a threat to human identity? Is personalised medicine even desirable? These are some of the questions which will be debated at a public discussion at The King's School, Ottery St Mary.

Human enhancement refers to the idea that medicine and technologies can be used not only to treat illness and disease but also to improve human characteristics or abilities. Like Prozac, which is often described as a 'mood enhancer', enhancement technologies are said to make people 'better than well'.

Some existing examples of enhancement include Ritalin, a medication developed to improve the concentration and attention span of children with Attention Deficit/ Hyperactivity Disorder (ADHD) being used by college students to help them study for exams; actors and public speakers taking beta blockers, a drug that lowers blood pressure, to hide signs of blushing and nervousness while performing; and long distance drivers or air traffic controllers taking the anti-narcolepsy drug Provigil to stay awake longer.

Traditionally, enhancement has been regarded as something ethically suspect – a sort of pharmaceutical form of cheating. Looking at the examples I have given, it is hard to escape the feeling that there is something inappropriate about these uses of drugs – they don't seem strictly necessary, their use may appear frivolous or even dangerous. This, I think comes from our common-sense understanding of medicine – it is there for people who need it, who are genuinely ill. It is not something to be used for fun. But this is not the whole of the story.

While there are plenty of people who think medical technologies should only be used for therapeutic ends, there is also a growing number of people who believe that it is not only acceptable but commendable for people to take advantage of the opportunities offered by technology to improve themselves and achieve more in their lives. Some even anticipate new forms of enhancement, moving beyond medicine to use computer technology, genetics and nanotechnology to allow people to become longer-lived, self-repairing 'units', able to communicate directly with the internet or satellites without the need for laptops or mobile phones, and capable of remembering and processing more information than any 'normal' human.

More recently, commentators have argued that the debate on enhancement technologies is becoming increasingly polarised, with supporters of human enhancement promoting visions of utopian 'heavens' countered by the dystopian future 'hells' of technology run amok. 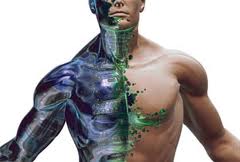 Certainly, some nightmare scenarios are troubling, but opponents and supporters of the enhancement project both seem to take it for granted that, if permitted, enhancement technologies will inevitably appear and reshape our society forever. However, the development of new technologies rarely, if ever, proceeds quite so smoothly. What is happening, is that both camps seem to be extrapolating from the fact that, in the present, we know some people do use Ritalin or steroids or other drugs for largely non-medical purposes. The argument that this in some way proves that our futures must therefore contain more enhancement technology is a false one.

Our knowledge of what is already going on is limited. There is little reliable information on how widespread the use of pharmaceuticals for enhancement purposes really is. The evidence of enhancing effects is largely anecdotal – there have been no formal trials of the currently available drugs to test their enhancing uses, and hence no data on how effective they really are, whether the effects wear off after repeated use, and what the long-term health consequences of such use might be.

Many of the technologies envisaged as future enhancements are not even realistically being developed yet. In the pharmaceutical industry the vast majority of possible drug candidates never make it past the early stages of development and of those that do, still more fail, at greater expense to the company, as they move from the lab into human testing. To predict whole future societies based on speculation about current trends and ideas for technologies that are at present little more than back-of-an-envelope sketches seems distinctly unreliable, not to mention unwarranted.

This ignorant and uniformed commentary is so out of touch with actual reality it is not funny or maybe like so much of todays reporting and public discussion it is simply an article written to present to us enough negative information as well as enough factual information as to inoculate us from the factual truths of reality and subsequently then throw doubt on the issues so as to make us immune to what is happening. A very effective method used today to silence debate on troubling issues by creating the illusion that it is still only a figment of our imagination.