You are here: Home / Science / These New DVRs Spy On Your Living Room 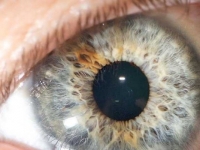 Google TV, Microsoft, Comcast, and now Verizon have all submitted patent applications to create televisions and DVRs that will watch you as you watch TV.

Earlier this month, news came out that Verizon applied for a patent to create a DVR sometime in the future that has cameras and microphones that can see and hear what you're doing and saying, while watching TV. Sounds, actions, food choices, and your ethnicity -- all tracked by the DVR -- will influence what you see in your commercial breaks.

According to the patent application, here are the ways you can be targeted:

The DVR will also build a profile about you, picking up on your "preferences, traits, tendencies."

While some in the media have gone crazy at the idea of a Big Brother-like device entering your living room, Verizon thinks that this is an overreaction. According to a statement sent to BI, "Articles focusing on what is a patent application were highly speculative. Verizon has a well-established track record of respecting its customers’ privacy and protecting their personal information. As a company that prizes innovation, Verizon takes pride in its innovators whose work is represented in our patents and patent applications, but such futuristic patent filings by innovators are routine."

A source familiar with the Verizon patent process told Business Insider that given the other contenders, it's very remote that Verizon would win the bid.

In fact, according to the patent's transaction history, the application was given a non-final rejection days before the DVR was first reported on by Fierce Cable.