You are here: Home / Archives for Alex Allen 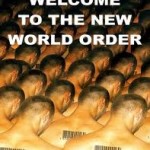 According to a report from the “Combatting Terrorism Center” at West Point, ‘Anti-Federalists’ who oppose a New World Order as well as members of several other far right wing activist groups are potential terrorist threats. West Point is the U.S. Military Academy that trains, educates, and prepares Cadets for their service in the U.S. Army. […]