You are here: Home / Archives for Dennis L. Cuddy, Ph.D 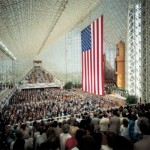