Most people have the idea or concept of 'Death' being a state of mind or maybe a door, a veil, a curtain, or a bridge. All of those pictures or terms, may convey something of the sense of the experience at the time of death but none of these thoughts or ideas really explain 'Death' itself. 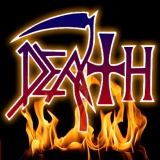 So we must look to the biblical definition of what it describes or teaches death to be.

Firstly let me state categorically, the book of Hebrews in the New Testament informs us, that one of the main reasons Jesus was sent from heaven by his father was to come and deliver us, who all our life time have been subject to and in bondage to the 'Fear of Death'.

Death holds an incredible power over the lives of most men and woman ... both Christian and non Christian.

We as Christians are very much in darkness as to what or who death actually is, and by that statement alone it should give you some degree of perception as what is being suggested here. Is death just a description of an experience we all must someday face, is it just a state of mind or is it something more than all of these concepts. The answer to all of this is yes a definite affirmative YES, death more than all of these above.

The Bible informs us in First Corinthians chapter fifteen that death is not just a state of mind an experience or a concept, it is an enemy. How can a concept be an enemy, how can an idea hold such great power and influence over all of humanity that has ever lived or will ever live. How can a concept hold us all, Christian and non Christian in such fear and bondage. The truth is, an idea or concept alone can not, but yet it somehow possesses the power to do just that over all of us.

If death is an enemy then it has the capability to fight to engage in combat and to overcome you and prevail so obviously it is more than an idea it must be a spirit. does the scripture confirm that? To which the answer again is a definite YES! Just like discouragement or fear, they are spirit powers with distinct attributes and personalities of their own. To use a more succinct biblical term rather than call them personalities they are referred to as principalities, powerful evil spirits or actual beings. If then death is a being it must be able to speak, hear, see, act, just like any other living dynamic entity possessing life. Again we must ask the question 'does the scripture confirm this?', and once more we confess the affirmative. In the book of Jude we read where there was a contention or dispute over the physical body of Moses when he passed from this earth. Scripture records that The archangel Michael rebuked Satan and commanded him to release his subordinates control over Moses physical being, as such death had to release Moses.

In the light of the above it becomes clear that Moses passed into the presence of God in his physical form, as such he did not die by way of his physical body decaying and decomposing, as the scripture tells us clearly it is appointed unto man ONCE TO DIE you cant die twice. Furthermore Moses died and no one saw his death or burial as God personally took care of that, the scripture does not give us further detail but does explain a dispute that took place between God and Satan’s angel of death Moses passed into eternity with Gods personal intervention and Jude explains how it happened.

On the basis of this truth you can understand how Moses could appear with Elijah on the mountain of transfiguration in Lukes gospel chapter nine. When you read of the two witnesses in the book of revelation at the close of time just before the Lords return you compare the miracles that both the two subjects perform and you see clearly that they are exactly the miracles Elijah and Moses performed whilst here alive upon earth.

It is also note worthy here to understand that first Corinthians chapter fifteen explains that Christ according to the symbolic historic feasts of Israel mentioned in  Leviticus Ch. 23 was the very first literal fulfillment of the waving of the first fruits, which was done annually on THE FIRST DAY OF THE WEEK SUNDAY stated in Hebrew to be the MORROW OR DAY AFTER THE SABBATH, NOT THE SABBATH ITSELF.

What happened at the feast time comparative to the feast of Passover when they sacrificed the Pascal lamb of sacrifice, and ate the feast of unleavened bread in the first month of their religious calendar, they would wait till the Sabbath was over then they would early on the eighth day our Sunday the day after their Sabbath they would go into the field and take a handful of their potential harvest crops which were not yet ripe. Then they would wave that representative handful of their grain or corn before the tabernacle, which was a symbolic gesture before God to bless their future ingathering and harvest of their produce. This was called the wave of FIRST fruits and Jesus was the literal fulfillment of the wave of the first fruits as told in first Corinthians fifteen, where it adds of Christ who was the very first of the resurrection a new order and new system.

The fact is, Jesus had to be the very first candidate of the resurrection to open the way for us to follow, because of that no one person or being could precede him into heaven NO ONE! not Moses not Elijah or any other, NO ONE. Even King David in the Psalms and in the book of Acts is recorded as praying "Lord you will not leave my soul in the grave indefinitely but when you rise I will arise with you. In Mathew twenty eight it states many of the old Testament saints and patriarchs were seen walking in the streets of Jerusalem at the time Jesus arose from the tomb. Added to all these scriptures are many more, I could mention, but here is one in particular from the book of Colossians where it exhorts us to be encouraged. The reason for our encouragement is a result of saying, Jesus took a host of saints, who were once captives from hell or the grave, but who are now his protective’s, whom he took with him up to heaven on high, in the process humiliating and shaming the enemy Satan and his angel of death the one who once had them bound on earth. In this very same chapter it further states because of Jesus resurrection the introduction of a new order and system we now can say also "Death where is your victory now, grave where is your sting?"

In the old Testament death was always seen as an angel as in Exodus twelve where he came and took the first born of every living Egyptian being human and animal. In the occult and in mysticism he is always portrayed s a grim reaper waiting to take his rightful ownership over all those who are under his domination and control. This is not so for the Christian however, Isaiah twenty eight reveals a truth to us that there is coming a generation who will cancel annul or destroy their covenant, agreement or appointment with death.

Finally as I bring this subject to a conclusion let me give you my final thoughts and scriptures on the matter.

This angel is addressed by name in the book of revelation his Hebrew name is called Abaddon his Greek name is Appolyon which interpreted in either language means the destroyer. In almost every culture and even in ancient mythology death is not a state of being but an actual being, an entity an evil angel. This same angel is called the angel of destruction who has control over the abyss, the bottomless pit, he is the one that held the keys to hell and the bottomless pit.

This is the same angel that Jesus asserted authority over and who had to cede power and ownership over to the Lord concerning the keys and authority controlling death and hell and who will be subject to them. There are two sources giver of life and a giver of death, two ways, a way of life and a way of death, two trees a tree of life and a tree resulting in death and finally a river of life and in demonology and mythology known as the river Styx. So who or what is death, it is none other than an evil angel over which we must take charge and conquer his controlling manipulating immobilizing fear. Death and hell follow him the grim reaper or angel of death