You are here: Home / Editorials / Whom Do Men Say That I, The Son Of Man, Am?

Jesus asked this question of Peter the disciple after Peter observed a miracle with his own eyes that Jesus had just performed. Peters answer to that question was not only very telling and revealing but also extremely challenging and provocative to us who today, read this same story.

Jesus asked this question of Peter the disciple after Peter observed a miracle with his own eyes that Jesus had just performed. Peters answer to that question was not only very telling and revealing but also extremely challenging and provocative to us who today, read this same story. 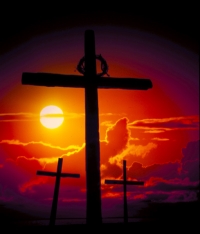 The reason being you can look around this present world of ours, and listen to the debate going on from all the so called, informed and educated fools, as they deliberate on the issue, as to whether God exists or not.

Fools such as Richard Dawkins and all the other little minds with large voices, that cast shadows larger than their physical frame ... Talking heads that somehow think they have a monopoly on truth.

Men whose egos are bigger than their capabilities, men whose heads overrule their hearts elated by their own intellect and puffed up by their own over indulgent personalities.

I would not want to be in their shoes for anything when I have to give an account of my life before God. Not just because I know it could invite the personal agony of eternal separation from God for myself, but more so also because of the fact that my views had effected so many others and influenced their decisions in life which in turn committed them to everlasting anguish as well.

No wonder Jesus said it would be better if a millstone is placed around the necks of these deceptive blind guides, and that they be cast into the depth of the sea rather than to offend even one of the smallest and simplest of children or people in the kingdom of heaven.

The issue I am driving at here is, you and I in fact every man and woman that has ever lived upon this earth will one day have to answer and confront that very same question. Most of us think we have a heap of time left to us before we do face up to the issue, so we avoid the question for the present. Some are blessed by God to get the extension of time needed to face and conclude the confrontational nature of the question but many do not. We understand time stops for no man, thus many leave the conclusion of that heart searching matter till it is to late.

They leave the most important question and decision of their lives for a time in the future, not realising that it may never come and that the opportunity may never arise for them again. Peter the apostle was asked it, and right now those who are reading this article are being asked too, by the Spirit of God. Not just the general open ended question of whom do men say that I the Son of Man am, but the far more confronting and personally challenging one WHO DO YOU PERSONALLY SAY THAT I, JESUS, AM?

I remember The Lord once challenging me to think in different terms, to change my mindset if you will. You see one of the major reasons we avoid the real serious issues and factors of life, is because we simply crowd our lives, and fill our thinking moments, with temporal earthly thoughts, rather than anything spiritual or eternal.

We will waste hours by staring senselessly at some television drama that is so far from reality it is ridiculous, yet we will not give any thought or time to how we will ultimately deal with this issue of where we will spend our existence in eternity.

I have been with many at their last moments of life and breath, here upon earth, and watched as they slip fearfully into eternity. I have to ask myself another probing question why do they leave it so late in life before they face squarely up to the most important issue they will ever face. To me it is a dilemma and a contradiction. Why would people do this, yet that is what most every man does with out exception.

When the Lord confronted me with this question, I had already dealt with the issue of eternity many years before so it was not because I needed salvation. The factor that God was trying to get me to confront was, how to help others to face the issue and not prolong it with crazy procrastination, thus leaving it late and jeopardizing their souls to a lost eternity. The Lord began to provoke me so that every time I preached, I would determine to tell them these facts which often, I now repeatedly do.

It is to do this, firstly explain that as children we all face times of fear when because of some accident or sickness we find ourselves being rushed to hospital for emergency surgery or such like.  At that time our heart is full of fear and question. will we get out, will we survive, what will become of us. No sooner are we put in care and then we are released, and the concern for our spiritual security and well being is quickly forgotten pushed as it were into the background. A few years pass by, and as a young man or woman we catch some virus or sickness, and despair with in ourselves secretly, whether we will make it or not. We confront the probing question again or should I say it confronts us. We get well and quickly move on without giving this issue of issues another serious thought. Each time though that we allow our minds to consider this question of eternity it marks our memories a little more indelibly each time.

We get married have children and negotiate our future through some difficult and worrisome times, capably though, till one day we find ourselves facing another personal life threatening crisis. Once more the question of eternity confronts us. This time now with increased intensity and urgency. The crisis passes and we again move forward but now thinking a little more readily about the real issues concerning life. You see each time we allow ourselves to contemplate that very question WHO DO WE PERSONALLY SAY THE SON OF MAN (JESUS),IS? We carve and etch the words a little deeper on the pages of our mind, but yet still how quickly we forget its unanswered consequences.

Then one day when we least expect it and are planning our retirement or future, we are struck down by some crippling heath issue or cancer or maybe an accident and now the question becomes more prolific, taking centre  stage in our minds. Some of us are blessed to emerge from those encounters with death, others not so blessed to survive.

But regardless the Spirit of God begins to work more intensely in over drive trying to get us to face that question, who is Jesus and what does he personally mean to you. Then one day when you are not expecting it, suddenly death comes knocking on your door, and remember the Bible tells us Death is an angel, not just a state of mind, and Death will ultimately confront every individual soul just like Jesus the Saviour. This time he comes to pay you his final visit, you are in fear and trepidation knowing this time there is no reprieve. The question is now written so prominently before your eyes on the pages of your mind, you can not think of anything else.

Now as you take that final trip across the great divide to eternity yourself, you will not be thinking of family or job or possessions or money or any other such trivial matter. This one question you have avoided answering through out your entire life is now the only concern you have. You awake on the other shore in the land of forever and as you take that final journey to the throne of God, as every man must do, you reason. "The scripture warns us, it is appointed unto man once to die, but after this the judgement.

Then at that moment, there we will stand, with this singular most important question confronting us, to which we can do nothing else but respond, WHO IS JESUS THE SON OF MAN TO ME, IS HE YOUR KING, YOUR REDEEMER SAVIOUR, OR WILL HE NOW BECOME YOUR JUDGE

You take the last and final journey of your entire existence over which you have no semblance of choice, and there finally, and there you will assemble your thoughts and being, before the great throne of judgement. You will frantically try to either raise a self justifying defence or simply stand in silence to hear the very question you have avoided and evaded answering, throughout your entire life. That question once again being WHO IS JESUS TO YOU PERSONALLY. YOU ALONE CAN ANSWER THAT, but please do it now and do not leave it till it is to late.

When that day arrives you know as well as I, the most important issue, will never be how much money do you have in the bank, or what about your house or your mortgage. It will not be about your children or spouse or any such thing, it will simply be this same soul searching question asked of the disciple Peter so long ago, WHO DO YOU SAY THAT I AM, Is he your Lord, is he the Son of God, is he the friend, you will need to recognise and defend you, when you see God in person on the other side and get confronted with that very question. Who is Jesus to you?