“Respect, Qualities of a Bygone Era” 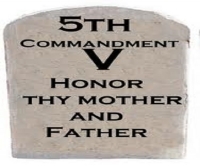 The fifth commandment is known as the commandment with promise worded as follows, it conveys our responsibility to our forebears stating in Exodus 20 verse 5 “Honour thy father and thy mother:that thy days may be long upon the land which the Lord thy God giveth thee”.

And again in Deuteronomy 5 verse16 “Honor your father and your mother, as the LORD your God commanded you, that your days may be long, and that it may go well with you in the land that the LORD your God is giving you”. It is interesting to note the very same phraseology and words are use in respecting and honouring parents as are demanded of us for honouring and respecting God himself. Tragically these principles are no longer considered important to our generation and I believe this is the main reason for all the worlds’ ills and to a large degree, the reason there is no longer much blessing and growth upon the western contemporary church.

Today’s society is so messed up not only in its priorities but also in its concepts that we now see the disintegration of all things that were once the very foundation of our societies. We are watching everything considered basic to civilization being destroyed and made common and derided as an ethics associated with the dark ages of human history. We are educated and wiser now, we are told and as a result these obligations of respect and honouring heritage are just obstacles and hindrances to our modern progress and as such need to be recognized for what they really are, useless traditions.

I find it very interesting that as of late December 2012 the Communist government has just introduced legislation that allows lonely, distressed and abandoned parents to have their children charged for lack of care and consideration for showing them little or no respect in their old age. I have travelled extensively over the last 30 years through out both the western and Asian continents and nations and have observed the different cultures first hand. I have listened to all the rhetoric and pontification from the social do-gooders and politicians, and my conclusions to them all are these. The West is full of talk with little commitment to address the real basic issues because it will not produce or bring the dollars and bottom line anticipated profit returns economically, that we term, capitalistic enterprise. 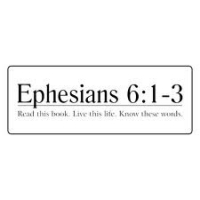 In the gospels, Jesus affirmed the importance of honoring one's father and mother. Paul quotes the commandment in his letter to the church in Ephesus. In his letters to the Romans and Timothy, Paul describes disobedience to parents as a serious sin. According to the Catholic Catechism, the importance of honoring father and mother is based on the divine origin of the parental role: And it is imperative for all of us to understand that our appreciation of the role of respecting parents and authorities over us is not only an action of our will to do what is right and proper but also a revelation to us. Particularly the revelation that God himself is a parent and a father whose personal care and compassion for us is so profound that no matter what happens and regardless of what we may encounter God wants to be our shield our protector and above all else a father whose heart has always been to amass an inheritance to pass on to his heirs more pertinently us his children.

Do we ever take the time to consider that a true fathers motivation is, as Gods desire toward us is, always and only ever to demonstrate honour and respect as well as favour and blessing upon and to us his children. Is it not only good and right but more importantly it is profoundly glorious and divinely appointed and anointed that we should honour and respect God our heavenly father first, above all else as we would then our earthly parents.

According to the Mishneh Torah this commandment requires one to honor both of one's parents equally; there is no greater weight given to either the father or the mother above the other. While in some parts of scripture, father is stated first, in others, mother comes first. This shows that the honor due to each is equal. While Jewish teaching holds that a married woman must honor her husband, there are also guidelines for how she may continue to honor her parents as well and the husband must reverence his own parents while he dwells upon this earth.

In the Gospel of Mathew chapter 15 verse 3 Jesus severely rebuked those who failed to take care of their elderly parents, as well as their practical and financial needs including their welfare, and he severely castigated the religious wealthy who dishonoured this commandment by saying they annul the covenants of God by doing this!  (SERIOUS STUFF)

Consider the following, “But He answered and said to them, Why do you also transgress the commandment of God by your tradition? For God commanded, saying, "Honor your father and mother"; and, "He who speaks evil of father or mother, let him die by death." But you say, Whoever says to his father or  mother, Whatever you would gain from me (by way of care and welfare, I have decided to give it to God instead on your behalf), It is a gift to God; therefore by doing this he dishonors his father and his mother bringing Gods judgement on himself. And you hypocrites. by condoning this you void the commandment of God and justify it as your  tradition. Hypocrites! Well did Isaiah prophesy of you, saying, "This people draws near to Me with their mouth, and honors Me with their lips, but their heart is far from Me.  But in vain they worship Me, teaching for doctrines the commandments of men."

Timothy was instructed by the Apostle Paul to be careful to teach those things that are befitting sound and biblical doctrine because the time would come he declared, when they would no longer endure sound doctrinal teachings such as those above. My friends we are now entering these very fore seen days and as we are entering this frightening time we are observing the elderly and the defenceless robbed, beaten and abandoned not to mention the fact that they are treated as liabilities to both family and state.

What an indictment upon our enlightened and modern civilized world, you quickly have to acknowledge that as the scriptures predicted we are seeing the outworking of a society that has not only abandoned its elderly but is also bereft of all sense of justice and decency. Most concerning of all, is the fact that society has forsaken its godly heritage and Jesus the redeemer himself. We were told and forewarned this age of histories closing moments would be characterized by such a love of pleasure and love of self that truth justice and respect along with decency honour and compassion would no longer be esteemed let alone even deemed worthy of acting upon.