You are here: Home / Editorials / A CRISIS OF CONVICTIONS

A CRISIS OF CONVICTIONS, ONLY WHAT IS CONVENIENT 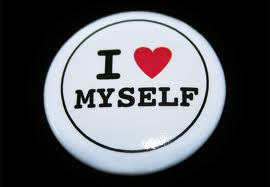 My heart grieves as I see the world disintegrating and falling apart at an accelerated pace year by year and all the people do, is sit back and continue as they were. They are more concerned about relaxation (blobbing out as we call it), watching television and sport or some form of personal self stimulating enjoyment and pleasure. The Bible states in the book of Ezekiel chapter 16 verse 49  “Behold, this was the iniquity of thy sister Sodom, pride, fullness of bread, and abundance of idleness was in her and in her daughters, neither did she strengthen the hand of the poor and needy.

The problem of the city of Sodom and Gomorrah is exactly the same issue we face today, we, especially in the west experience such blessings and such an abundance of affluence and resource, we’ve been lulled into a state of indifference and lethargy concerning our moral convictions. Ask most families and communities and they will respond by emphatically saying my greatest concern is my families security, welfare and happiness. Convictions such as justice, truth, integrity and qualities of character, like compassion, charitable acts and community care or benevolence are considered antiquated morals of a past generation. No wonder our societies are falling apart and disintegrating exponentially.

We have sacrificed convictions, replacing them with personal preferences, we have sold ourselves short, convincing ourselves that expedience is better than rigidity, transience is better than permanence and negotiation, preferable to regimentation. These changes  taking place in our society today is disconcerting to extreme, as a result of this social change, friends do not honour their word as being sacred any more, neighbours no longer work together for their common good and parents no longer define a child’s moral boundaries. Anything and everything is acceptable now, even teachers refuse to teach absolutes preferring to impart personal choice and options for consideration.

Just look at the sexual revolution that has now taken place, no longer are we willing or prepared to stand on absolutes in morality, but have traded the firm, tried and trusted regimented boundaries of what was once acceptable for the greater good of society, for an insipid irrational undisciplined form of anarchy. The results of which have created a totally topsy turvy upside down world, whereby what was once wrong is now considered right and what was believed right is now deemed to be wrong. So what we have is mob rule, the loudest cries determine the enforceable morals and so the fringe radicals establish societies standards.

I guess, we have what we desired, true democracy and folk will be a little alarmed when they understand the word  demo -  cracy is actually two words. The two words are Kracy (Greek) meaning strength and demo, meaning mob or rebels, and please note that the same basic word demo is accentuated in the terms demon, demonic and demonstrate, thus they encapsulate, expose and reveal the very nature and spirit of  satanic demonic  rebellion and its methodology. 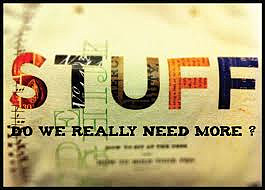 People today want to be able to demonstrate and exercise their own individual rights, even the American bill of rights is established around framing principles that never change and that can be used as an issue against my argument here. Ones could retort, by challenging me, saying Americas Bill of Rights is an affirmation of those very basic human rights that we not only desire but expect and demand for every individual. Yes I know this, but allow me a reply, The US Bill Of Rights is a document guaranteeing the “RIGHT TO PERSUE” not the right to demand and subsequently to enforce those rights at the expense of another persons individual rights.

Gods way expressed in his Bible is to consider others better than ourselves therefore the position and standard required by God for us, is, not to consume Gods blessing selfishly, nor to devour everything without sharing what we have with others. This thinking or philosophy is totally foreign and offensive to even suggest to youngsters or self made individualists in this age and the sad reality is because they have simply never been taught the blessings of giving but only the advantages of taking. Our future does not bode well, nor does it give great confidence that we will continue much longer upon this earth, for when society becomes cannibalistic, it devours itself and like a cancer finally destroys its self. We’ve become a people whose desire is more concerned with getting an inheritance than leaving others a legacy.

The one grave mistake we as a society have made, that is now almost irreparable, is the fact, as expressed above, we are more concerned about having an inheritance than leaving a legacy, particularly for our children. We want to live life for enjoyment and pleasures sake, without any consideration of the state of the world we leave our children. We are a take society and we live to simply plunder the worlds great opportunities and resources for our own selfish and corrupt benefit.

I read an article some time ago that gave the statistics of a referendum conducted in both very poor and alternatively very wealthy nations. The alarming ramifications and conclusions were nothing short of incredible, from my point of view. As the wealthy respondents from the west almost without exception concluded they were very unhappy with their lives and situations, but on the converse the poorest of nations and their people stated they were generally very happy as long as they had food and shelter. What a strange paradox, that should not surprise anyone as the words of Jesus confirm very definitively and clearly “Mans happiness is not determined by nor consists because of the abundance of a mans possessions.”

I fear it is to late to turn this attitude around now as there is no will to do it, even if we think it is necessary. Big business certainly the most powerful of them, directed by the insatiable greed has no desire to change its present direction, in fact they are without conscience, and manipulate the very commodities and products they produce to coerce people to buy more even if unnecessary. Even knowing, the very products they create and sell are not healthy and free from degenerative substances, such as cancer causing chemicals and pollutants, which destroy our bodies and the very environment that we were made responsible and accountable stewards over.