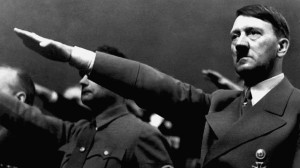 " The most foolish mistake we could possibly make would be to allow the subject races to possess arms. History shows that all conquerors who have allowed their subject races to carry arms have prepared their own downfall by so doing. " Adolf Hitler....Dictator.

I can still remember the breaking news while sitting in my lounge room on the 28th of April 1996 when it was announced that the twisted mind of Martin Bryant lead him to murder 35 people and injure 23 others at Port Arthur in Tasmania. What took place after that was a gun buy back scheme. This lead to the law abiding citizens of Australia handing in their firearms.

Recently President Obama made mention of how fond he is of Australia's gun control laws and how he wishes to bring them to his soil. While on the website Tumblr during the question and answer session the President expressed his frustration on how he was finding it an almost impossible task to enforce the same laws that John Howard found so easy to enforce on the Australian public. Obama acknowledged how a few decades ago Australia had a mass shooting take place labelled as The Port Arthur Massacre. Obama noted how Australia said " that's it, this sort of thing won't happen on our turf again." Australia was then hit with gun laws that basically took more freedom from the law abiding people of Australia.

In April 2013 Obama lead more than one hundred and fifty nations to give their approval on the Arms Trade Treaty at the U.N. General Assembly. While the U.S. Constitution requires more than sixty percent of the senate to agree to any changes to the Constitution itself, this treaty still takes the gun control activists a few steps closer to full gun control.

In Kennesaw Georgia in 1982 the local City Council passed a law stating the head of every household to own a firearm and ammunition. Violent crime in Kennesaw is 85% below the national average. I am personally not for or against guns as I believe anything can be taken and used for good or evil, cars, knives, dogs or even religious beliefs. I am however fully aware of the fact that all Governments are in the process of disarming the populous so as to cut down on resistance when they begin to enforce the New World Order. After all the very name Government in Latin means to control the mind and therefore the people.

See a pattern here? If the people are not armed their Government can ride rough shot right over them with little to no resistance what so ever. George Bush senior and junior are both advocates for the New World Order along with Tony Blair and Bill Clinton, in fact there is a large group of the global elite that are working together to ensure they achieve their goal. They use words like Globalization and Sustainability to fool the masses into believing that their agenda is ultimately for the good of the people. Bush's grandfather Prescott Bush was a director and a shareholder of a company that profited from Hitlers war machine, blood money. These men have no regard for anyone but themselves. More on this topic another time.

It never ceases to amaze me how easily lead the population can be at times, how easily they are brought to the emotion of fear, how easily convinced they are that a controlling law or piece of legislation can be put in place for their so called benefit or well being. This is even more astonishing when we gaze back through time to see how the same antics lead to the control of man against his will and at times often lead to his demise.

Be under no illusions people we are being herded into the yard for branding, history repeats itself because it only takes a generation or two to forget. Unfortunately this new dictatorship is the run to the finish line, this time we will see the man of sin rise to head up this dictatorship, The New World Order. Get the word out people,let the masses know, the more people we have to stand against this regime,the more people that will endure to the end. The more people will be saved.