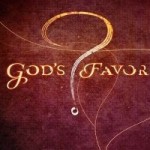 Raised in a Christian home and spending many hours in Church like a lot of us, I have received an education that has been largely influenced unfortunately by man and at times unfortunately wrongly influenced. I have heard the word favour preached many times, but who’s favour ? Obviously it was meant that it was […]